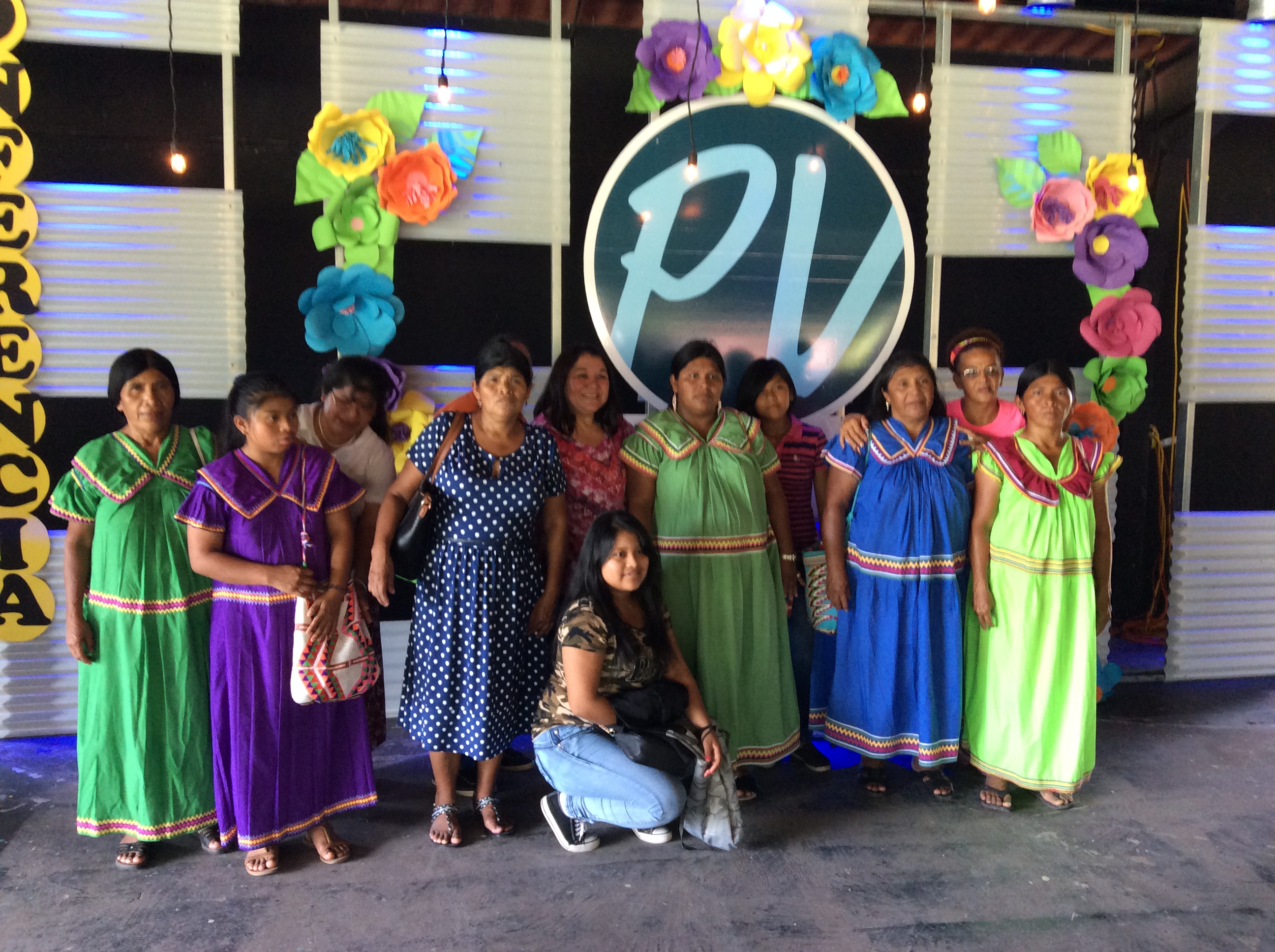 We awoke to super hot, humid Sunday in Chame. But no matter, because the women were so blessed and inspired by team member Kim's testimony. She told of how God has changed her heart through challenges in her marriage, and of the blessing that has resulted from her obedience to God. It was a good introduction to Glenda's final message which challenged married women to love and appreciate their husbands and to intentionally bless them for 30 days. She encouraged us to live without fear, because our Heavenly Father will help us through to the end.

The conference attendees were then given an opportunity to share how God worked in their lives over the conference weekend. They were especially appreciative of the testimonies shared. The younger women said it was surprising and good to know that women who were American, both young AND "older" (I beg your pardon!) still have problems and struggles, just like they did, and that they looked to God in the midst of them. Traci's testimony was especially effective, because so many had known Mirko. The conference inspired the women to abide in Christ, to be in the Word, to share their faith, and to walk without fear. There were many women who could not have attended, had it not been for the scholarships given. They say THANK YOU very much!!

Two women accepted Christ over the weekend - PRAISE THE LORD! Recommitments were made, and a mighty work was also done in the lives of many of these women who, as we know, are the very hearts of their homes. Women came up to all three of us to tell us how our testimonies had helped and encouraged them. We three felt so privileged to be a part of it! As the saying goes, parting with the women was such sweet sorrow. We pray that as they all return to their homes, they take with them hearts that are changed, and a determination to live out all that they learned.

That afternoon our team, the conference speaker, and all of the Word of Life workers met to share our thoughts regarding the conference. There were many laughs, praises to God, and thanks all around. It was also a time of continued healing over the loss of Mirko. Many tears were shed as we all gave comfort to one another. Please keep all of the workers in prayer, as their hearts still ache. There were welcomes, many hopes shared, and thanks given for the provision of Jose and Marcela as the new WoL Panama Directors. They ask for prayer in this important time of transition.

Fellowship that evening at the pool followed for all of the workers and students.