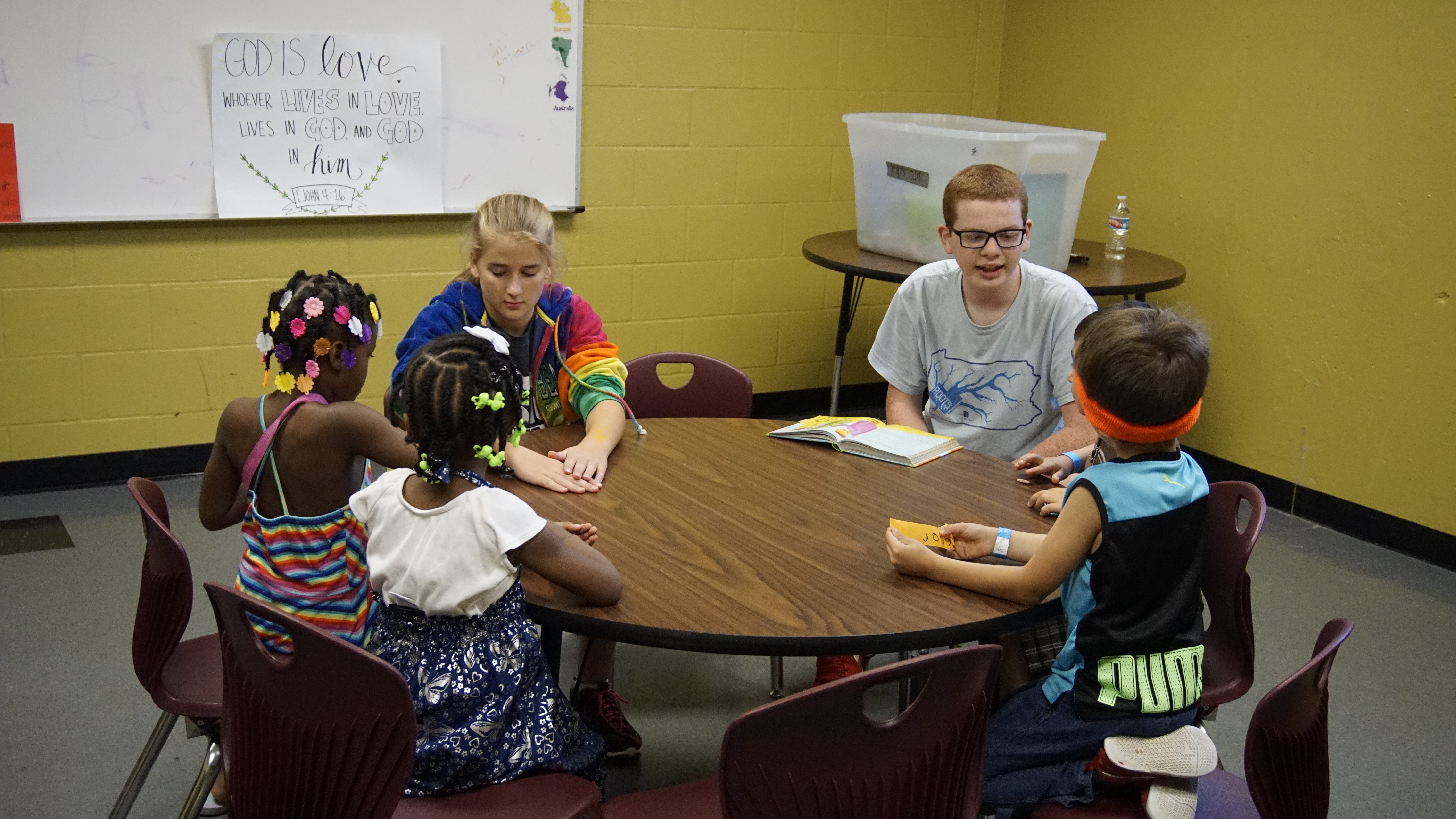 We were now at the Kid's Club for three days now. I am stationed at check-in and check-out, but once I finish check-in I "float" to the different stations. The stations include: discovery, games, and craft. Today in craft one of the leaders decided that it would be a brilliant idea to paint one of the teenagers, James. The kids had a blast with it. Then in games, Rylee and Sten planned to play the game tag. Well it did not turn into to tag. The kids like to call it "Piggyback Tag". It sounds exactly how it is. They jump on one of our backs and we run around until we are tag. Once we are tagged, we are it. The kid's found it very entertaining, which is very helpful to our team. Making my float, I made my way into discovery. Discovery was kind of like a debrief and a time to get "deep" about what you heard in story time. From what I heard, they were for sure participating with the the discovery teens. By the time I go through the stations, it is time for me to go back upstairs for check-out. In check-out, Ryan and I get the kids for the parents, and help check-out kids for Garr, so he can take the kids back home on the bus. I really feel that we are making in impact and making close relationships with the kids.

Yesterday was our third day at the Salvation Army and I can tell we've made improvements. My group mostly hangs out in the gym, outside, and the game room. But, when we get there we hang out in the gym until get everybody gets checked in. Then after an hour or so we go outside to climb on trees or play a game. Then after we get or daily tree climbing in, we go to the game room to play some pool, I'll usually play pool with a kid named Roman and he was actually pretty good, but I let him win sometimes. After the game room, we go to lunch, then we go back to the gym. When we get back in there we listen to music on a big speaker and play basketball or even throw a football around just to pass the time. But I did learn from working with them and get to know their background and what they go through everyday.