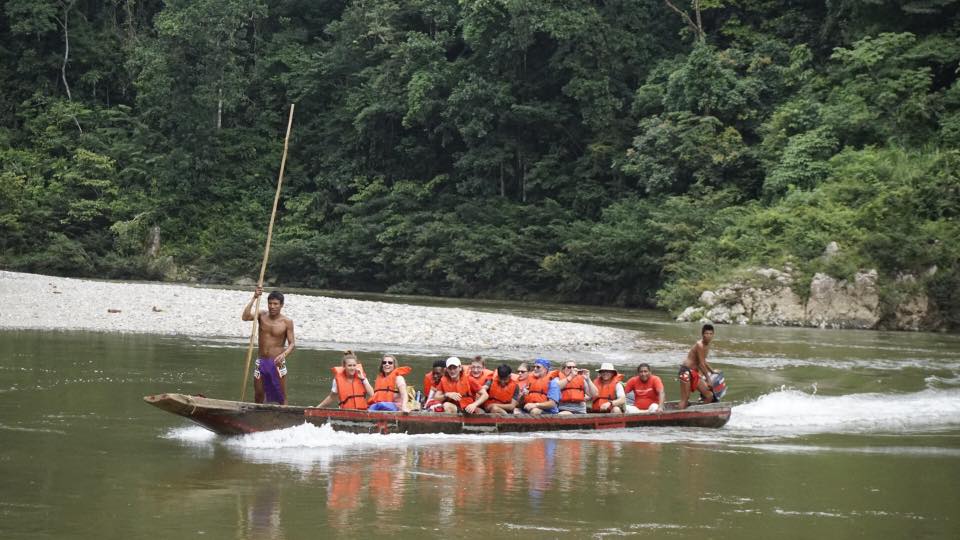 Over the past couple days in Panama, it has been crazy to see God working in the hearts of all the people we come across. Even yesterday when we went to the beach, Traci found a way to share the gospel with the beach patrol officer, five construction workers, and a man selling bracelets on the beach. The people here are so receptive to what we’re saying and the messages we share. Along with the awesome stories of people being saved, we also have stories dealing with the different cultures here.

Today we went to an Indian village that was close to two hours away, and just seeing their way of life was one of the coolest experiences I’ve ever had. As we’re all coming to our last day here, it’s a little upsetting to me because I don’t want to leave. The way of life here seems so much simpler than back home and it has been such a great trip. It’s like a vacation you never want to have end. The global workers here are awesome and I hope will be able to keep in touch every once in a while. I’ve learned a lot about my self and also my faith, so I cant wait to start applying it to my everyday life.

Even though we have all been split up into groups the last few days, today we had the chance visit an indian village together. Since this is my first trip, I had no idea what to expect; It took a while to get there, but the bus ride was still fun. We had to take canoes up the river to get to the village we were going too, and the whole time we messed around singing Disney songs. When we finally arrived at the village, there were people there with open arms and smiling faces. The chief’s brother told us about the village and they also showed us dances. After eating the fish they gave us, we went around to see what the families in the village were selling. On the way back it was raining and we had all gotten a little wet, but it was all worth it in the end.

As we come to the end of this trip, I can’t help but look back and think about how before I came here, I didn’t know these amazing people that are on this trip. I am so thankful that God has led me to this amazing opportunity, because without him I wouldn’t have made so many memories. Just seeing the kids faces light up after every performance fills my heart with joy and love. I am also thankful for everyone on this trip for welcoming me and the other Rostraver campus kids with open hearts and arms. God has done wonders.

Today, we went to one of the tribal villages. We had about a two-hour drive to get there and then we had to go the rest of the way upriver in a canoe. When we arrived, most of the village was waiting for us on the shore. After waiting for everybody to get off the canoe, we made our way up a makeshift staircase made of mud. At first I wasn’t sure what I was going to see, but I was prepared. We gathered into a pavilion where the chief’s brother shared a brief history of the tribe and how it was founded. Next they performed a dance and then gave us cooked fish and plantains in a giant leaf. After we ate, we were free to buy handmade goods from the families in the tribe. There were tables full of bracelets, necklaces, and carvings in a large pavilion. Once we were done shopping, we had the option of swimming in the river. On the way back downstream we went faster because it was raining and we were going with the current instead of against it. We raced the other boats, laughed, and had fun, especially when I got to see people wipe out while getting out of the boat.