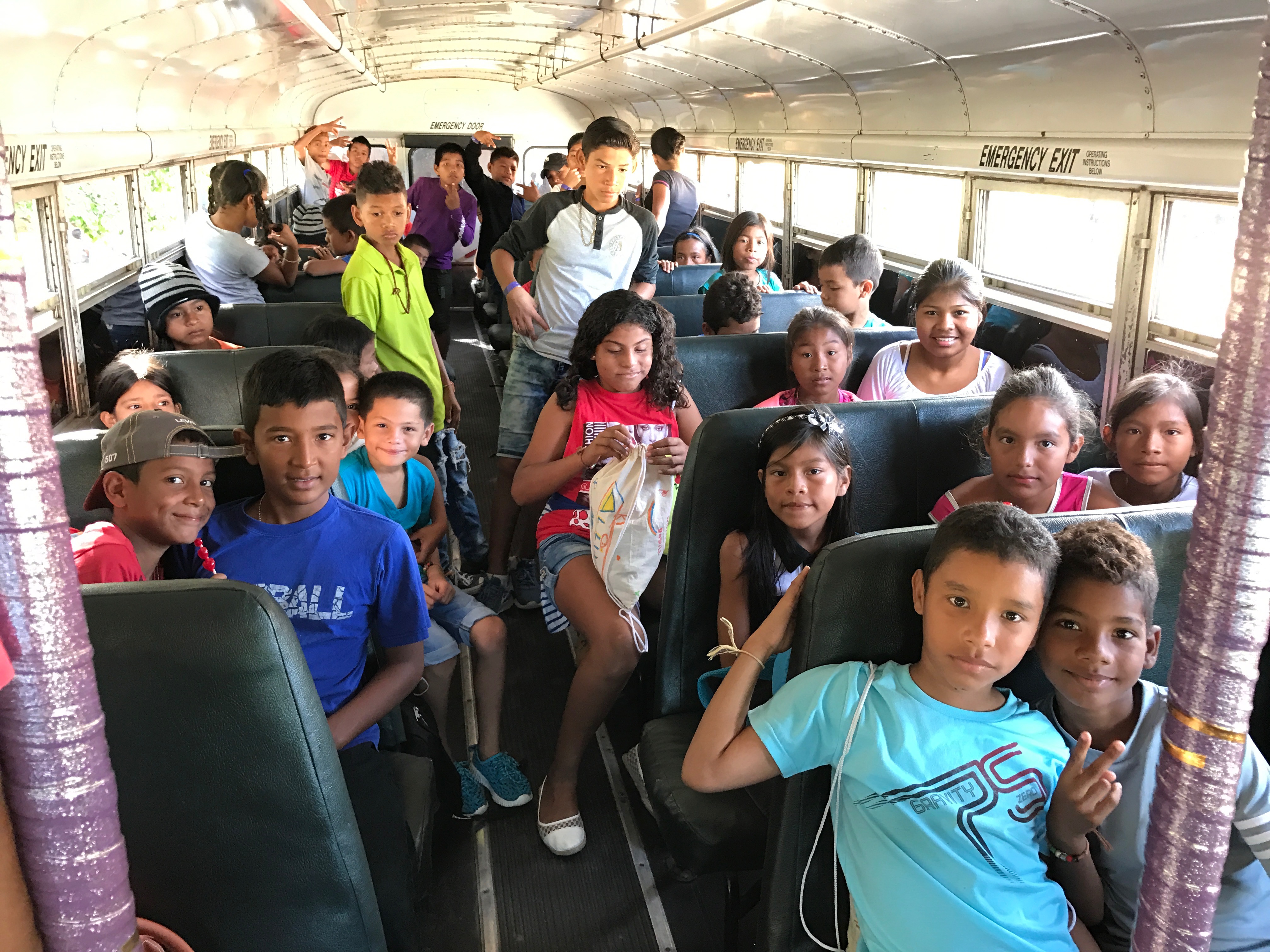 It is Saturday and the campers have departed Chame, Panama to go back to their homes in Panama City, Gamboa and various other provinces around Panama. Several months ago as our team to Panama was forming, we were uncertain of who or how many would be traveling to this camp. We prayed to God that this would be His trip and that He would provide. God certainly showed up for our team those many months ago, as well as for the children and the attending workers at the camp. God showed His provision through our supporters both in prayer and finances by allowing at least 150 campers to have their camp costs covered for the week!

Each day our team met after breakfast for devotions and worship. Each day a different team member provided a scripture message and application relating to the wonderful things that were going on in camp and with us as a team. We were able to invite the workers to join us so that they could share about their life and work here in Panama. Most notable of all that was shared throughout the week were the familiar stories of God and His faithfulness along with His love and joy. This week was truly filled with love and joy, with the children, with our team and with the entire Word of Life staff in Panama attending this camp.

One last adventure awaited us before boarding our flight home on Sunday. Tracy Delibasich took us on a trek to Gamboa near the Canal Zone. After a stop at the store for ice cream, we boarded two small motor boats to a village on an island. Once ashore, we were greeted by several of the children who had attended camp. We provided a nice treat of ice cream and some other toys, frisbees and balls as we browsed their village handicrafts that they sell for income.

Indian guides took our team in two boats onto the canal for a visit to “monkey island." Actually, there are many islands which support various species of monkeys – from Howler monkeys to small brown and white Tamarin monkeys that came aboard our boats to eat peanuts and crackers that we offered! The beauty of the canal and island canopy along with wild creatures made for an amazing highlight for this visit.

We are grateful for God’s gracious gift of love and joy that we shared in with the children at camp, and the warmth of the workers serving in Panama and mostly for your generous spirit of support and prayer. Thank You! We look forward to sharing a wealth of memories in photos and video upon our return to Pittsburgh!