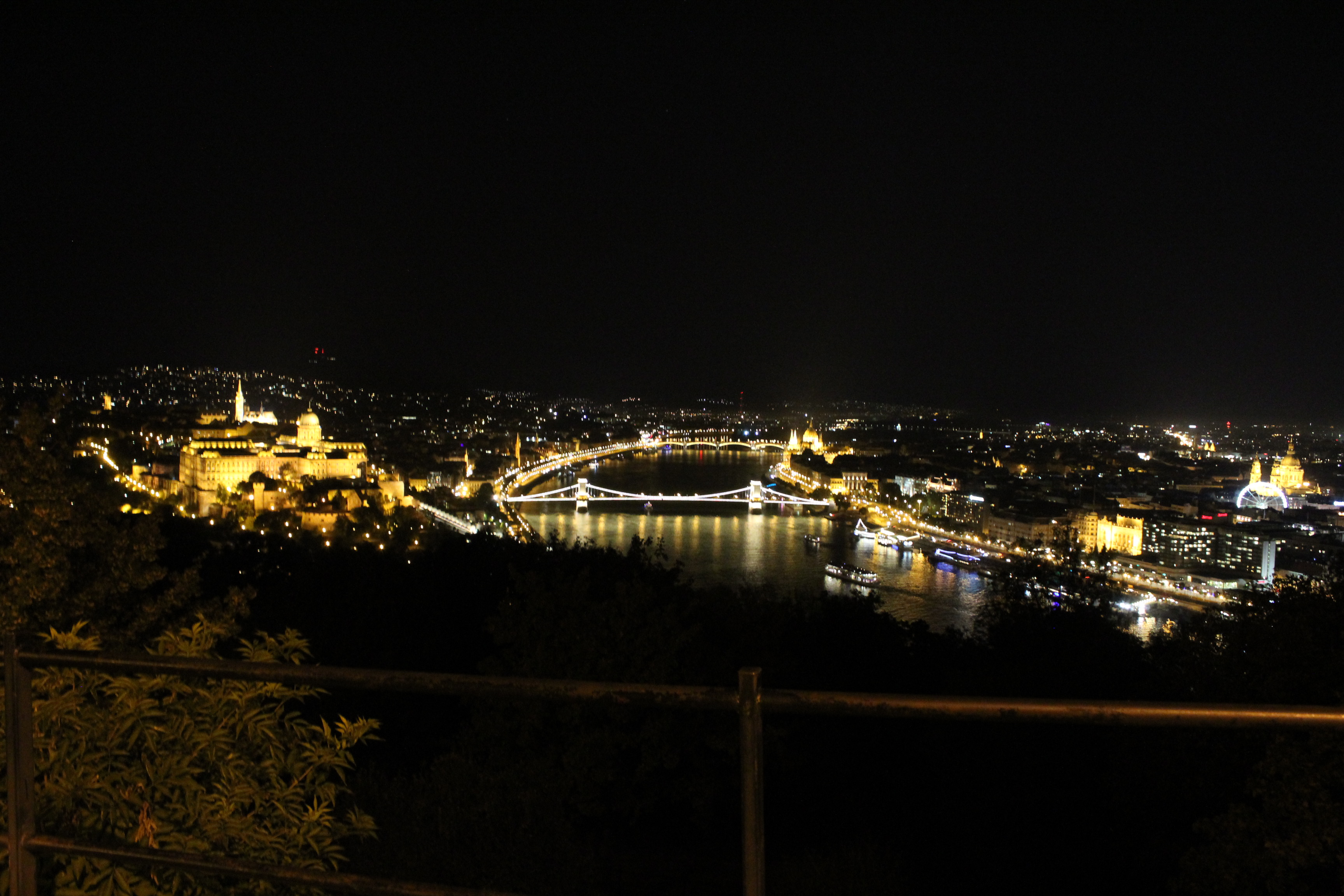 Now that we are half way though our trip to Hungary I wanted to take a moment to stop and reflect a bit before going into the excitement of another fulfilling day.

When I first decided that I wanted to go on this crazy trip to Hungary, I really wasn't sure what to expect.  I was nervous, calling myself crazy, and wondering if this was really a good idea.  But now, half a week in, I can say that God, as always, knew what he was doing.  This trip has taken me so far out of my comfort zone that it's like a small speck in the distance.  And I know that in another half a week when we return home, I will be a better person for it.  If I'm lucky, and God wills it, maybe I'll have even help someone move closer to him.

But enough of my sappy self insight, and on to the interesting pictures and stories.

Much like the day before, everyone split into their three person groups and went off to their assigned tasks.  Some went off to do more random evangelizing around the college campuses, or "Rangelizing" as we jokingly called it after a minor slip of the tongue from one of our members.

My group once again headed out to a high school to continue with the english lesson that Julee talked about in the last blog.

The teaching went well, and we had one class of 8th graders that we played games with and did some vocab because their English wasn't good enough to do a lesson.  For lunch we went to McDonalds, furthering my goal of eating in one of the most "American" fast food restaurants while in other counties.  it was better then the food in America, and they had a cool cafe area. While the food was better, the ketchup just wasn't Heinz, and being from Pittsburgh, Heinz is the only real ketchup.

I'll move on to keep this from being either a dairy entry or a sales plug.

Today we did get some students after we finished with classes, and getting the chance to talk to them was really fun.

The two that came to talk were great, and very curious.  Somehow or other the conversation ended up on how taxes work in America, but lucky we then managed to steer it back to more interesting topics.

After everyone managed to get back to the hotel we had a short bit before we headed off to what we were told was an authentic Hungarian dinner, and boy did it not disappoint.

The dinner was for all the Americans that were here, and it was quite the event.

The food was amazing, but most importantly was the entertainment that we were treated to while we ate.

There was a live band, as well as some dancing.  But most importantly, there was lots of watching others get dragged up front by the rather pushy Hungarian dancers to be embarrassed or simply join the dancing.

Finally we finished off the night with a trip up to the Citadel, a fortress on top of  a large hill in the middle of Budapest.

The view was spectacular, and we were even treated to some fireworks being shot off on the river, although no one knew why they were being shot off, as there isn't a holiday.  They started right after we arrived at the top, so I'll just think of it as a nice gift from God that we got to watch it.

Now that it's quite late, everyone returned to the hotel and promptly went to bed.  Tomorrow is another day of either teaching English or "Rangelizing", and there will be more blogs from the remaining team members.

I pray that God will continue to help us all grow, and that He will let all that we do here bring these kind and fun people closer to him.  We might not get to see the fruits of out labors now, but if we planted even the smallest seed in at least one person's heart, then everything will have been worth it.

Until next time,
-Scott Cowden

The pictures are great it helps us to feel that we are there with you.