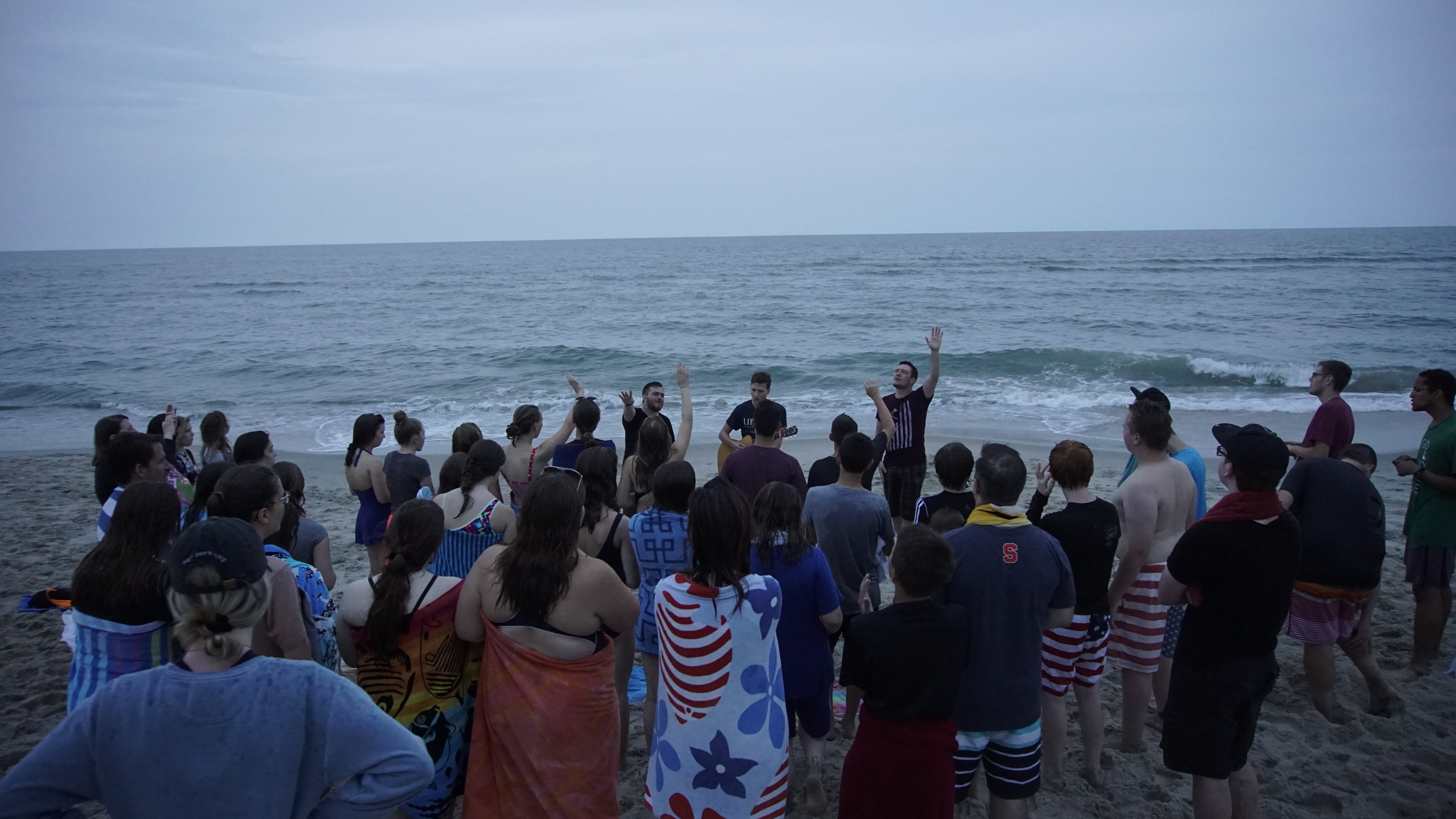 Before the serving began, my group was assigned to breakfast duty for today. While we were in the kitchen, we were listening to music to wake us up and trying to make it really fun. My group, the Spider-man group, had the opportunity to serve at Kids Club. We worked with the other church at Kids Club. One of the first things we did to get ready for Kids Club was split into multiple groups to get ready for all the kids to come. I was in the games group, so we picked what groups we were going to play with the kids. Then we took the vans to pick up all of the kids. As all the kids started to arrive, we asked them what they wanted to do. I took a group of kids to the park. We played and talked with them at the park for a little while. Then we all went back inside, watched a skit, and ate lunch. After they ate lunch, we broke up into the groups we were assigned to. We took the game group to the park and tried to get them to play the games we planned for them, but they really didn’t want to play those games. Then we just let them play whatever they wanted for the rest of the time, and they had a ton of fun with us. Then they had some more free time before we took them back home. I was in the vans that we dropped the kids off in. It was really eye-opening realizing where all the kids live and what their normal lives were like. As the last group of kids were getting dropped off, the rest of my group was cleaning up the trash that was left in the church. Once we were all done, we went and took our showers. We got to the showers and realized there were multiple groups still ahead of us, so we started playing some games and talking. Once we were all finally done showering, we went back to the church to eat dinner. We got back to the church, ate dinner, and got ready to go to the beach. We had a ton if fun at the beach. Then we sang and listened to the leaders read the Bible. We discussed the day with our groups, and then we got free time. I had a ton of fun serving with Spiderman group today, and I am looking forward to serving with them again tomorrow.

Today was a new day for me because I got to go to a brain trauma services area called No Limits. It was a ton of fun, especially talking with the patients there. At some points, it was difficult to understand what they were saying but that’s ok because overall, I knew the majority of what they were saying and I knew I wouldn’t be able to understand everything if they had brain trauma. We played corn hole and it was so much fun because of just seeing the smiles of the patients. Overall, I had a wonderful time. At one o’clock in the afternoon we headed out to lighthouse property which consisted of two homes. We had to go over there and pick up sticks that were on the ground due to them cutting down a tree. Out of the huge pile of sticks we found two baby moles, three centipedes, and a giant group of ants. It was gross but at the same time was pretty cool. When the service day was over, we went back to the church to get some pizza and head to the beach. The beach was so nice. Even though it was a bit chilly, the water was the perfect temperature. At the very end of the night we worshiped Jesus and then went home. Overall, I had a wonderful day serving and bonding with my friends. I can’t wait to serve my Lord Jesus tomorrow!

Today our group went to a woman’s residency (Carol) to clean and power-wash her house, which took a very long time. The group leaders had done the washing while Joe and I had walked behind them getting the spots they had missed. We finished the whole house within a few hours and Carol was very grateful because she no longer had to worry about her house looking bad. After we finished the house our leader, Eric, and I started to power wash the back deck, which took a very long time because the deck was large. While walking around her house Joe and I found a 3.5 foot rat snake and almost step on it. We were shocked not seeing it until the last moment. After getting the whole house done, Carol was very happy with the work we did. At the end of the work day, we went to the beach for a swim and message. In all it was a pretty good day.