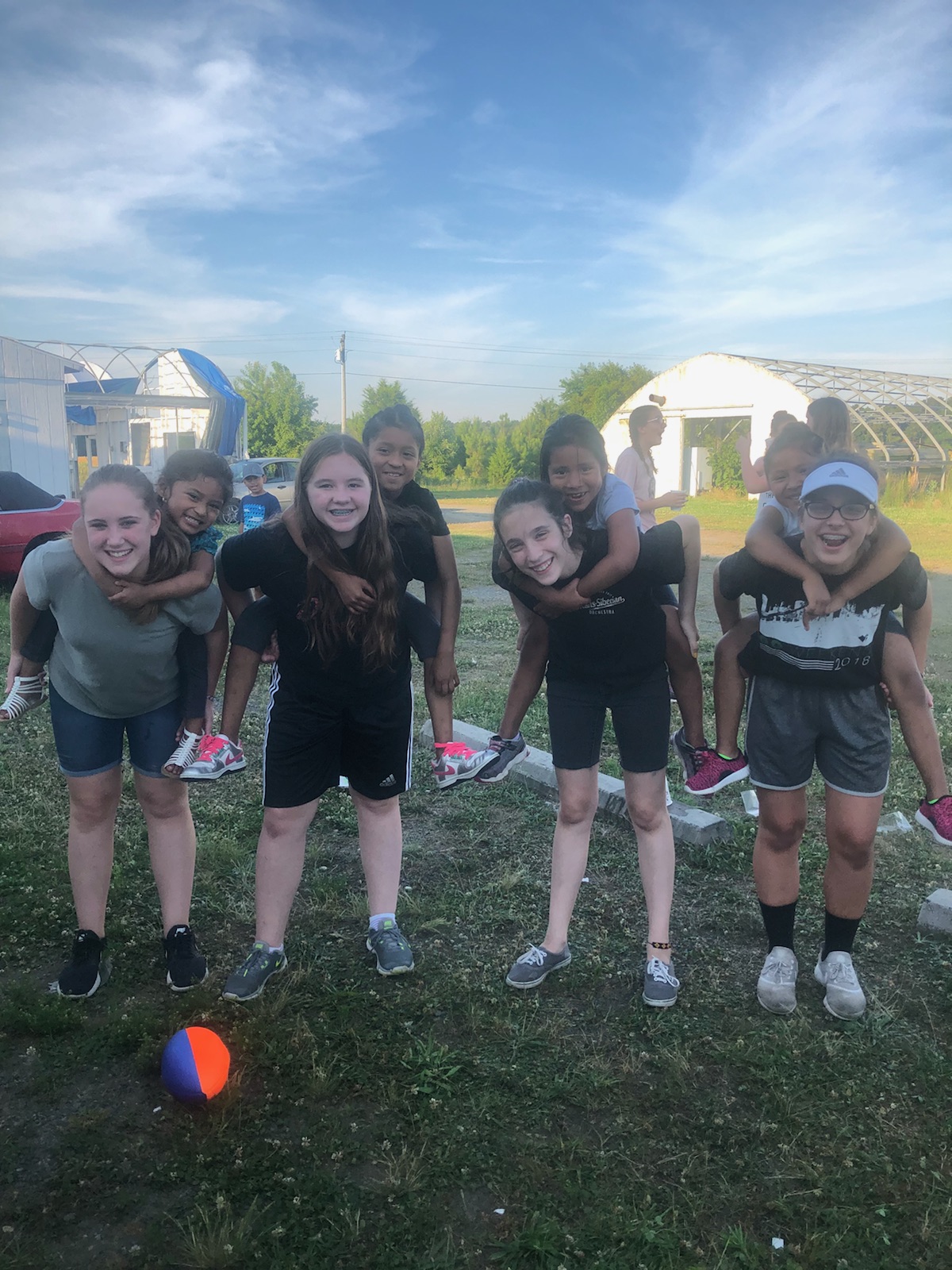 It's Monday – so it’s our first day of serving. I've known for a while now that this work is my calling, but for one of the first times ever I've really felt affirmation on that passion. We got here yesterday and it seemed as though nothing was going according to my plan... which makes sense because we plan and plan and plan and God always has a bigger plan for us. I was placed in kids club for the first two days and for the last two days I will be doing yard work for an elderly women. We were told about some of the other things that would be going on for other groups and I found myself fixating upon anything but what I was told I would be doing. Being in kid’s club for the first day was one of the most amazing ventures I've embarked upon. Today, I met a little boy named Victor. He was timid at first and cried the whole way to the church - all he wanted was his mother. One of the leaders attempted to cradle him, but he just kept on crying. We finally arrived at the church where we were holding our Kid's Club and the door of the van opened and Victor immediately clung to me. I didn't expect such a big reaction from the first set of kids brought to us. Victor was so shy he wouldn't speak or let go of me at any time. Now, the kids here in Eastern shore Virginia speak mostly Spanish and some are good with English but only because of school. I was very excited for the challenge because my dream is to be a bilingual worker and this experience so far has been perfect practice. So I attempted to utilize my 14 years of Spanish knowledge and connect with the kids on a level of understanding they were comfortable with. I spoke to Victor in Spanish and English and he eventually came out of his shell. Once he was comfortable with me his sister came over and her name was Nina. Nina and Victor asked me to read the bible to them and teach them the stories and what they meant. As soon as they asked me, the type of feeling I felt was inexpressible. I taught them the bible stories in both Spanish and English and their love of God spread through everyone they encountered. I was honored to share God’s word because that is what we are all really here for, verdad?

12:15 in the afternoon, outside our host church in Virginia, the first van full of kids pulls up. Out of this van hops kids of varying ages, language abilities, and walks with Christ. We then procced to spend the next three hours talking to, playing with, or chasing these amazing kids around the church campus. JThe kids we are working with this week come from areas that would never make the highlight reel of America, and honestly, their home lives are not the easiest. Yet as we got to know them throughout the day, we came to the only logical conclusion, that their smiles must be glued on! Honestly, the kids laughed, played, smiled and joked with us constantly, but that was not even the most awesome/inspiring part. That award-winning part occurred when kids asked us about the Bile and what it means and who Jesus is. “Yay God!!”We would say later that evening about one of the truest forms of a God sighting I have personally ever seen! Amazingly this is only day one and I have only given one narrative. God has so much more in store for this trip and is going to be incredible to experience it!

Today my group went to Manna café and helped with a big community event that serves people who have food insecurities. The average amount of people were about 400, but today we had 437! It was amazing to see how it impacted a lot of people who sometimes didn’t know where their next meal would come from. I got to interact with a lot of the people there, and every one I talked to was so sweet and very thankful. It was also cool to experience how my team and I worked together to make a huge impact. Day one of the trip and I have already seen God work through people. I can’t wait to see what he has in store for the team and the community.

Love getting to hear about your experiences ❤️ Praying for you all

I cannot wait to hear what God is doing through you all. Love you girls!!!!