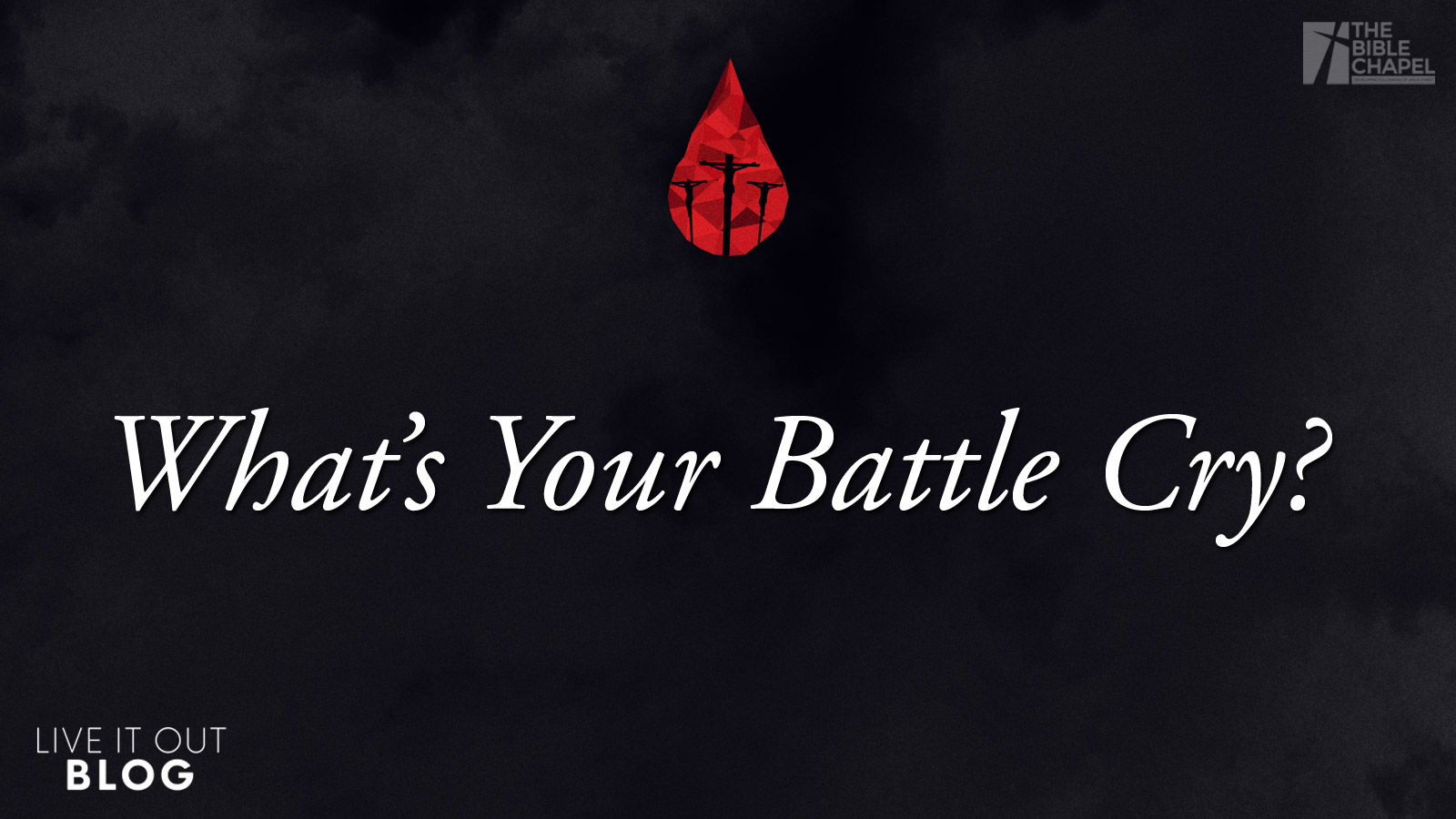 “I know not what course others may take; but as for me, give me liberty or give me death!” This legendary statement spoken by Patrick Henry in 1775 would resonate throughout the Revolutionary War as “Liberty or Death” became the battle cry of the colonial revolutionaries.[1] At this time of year, we are reminded of these epic times in our history when our nation’s freedom was bought with a price. Imagine the sound of soldiers shouting “Liberty or Death” echoing across the valley as a motley group of minutemen went to battle against the imposing British army.

Armed with only their hunting rifles, and lacking formal military training, taking on the British Army – the greatest military establishment in the world at the time – would have seemed daunting for the colonists. But this ragtag group of citizen-soldiers was united with a goal, and motivated by the desire for freedom. They were willing to sacrifice all they had for what they believed so strongly in.

Battle cries like “Liberty or Death” can give us something to hold on to. Something to embolden and unite us as we face life’s battles, even if they aren’t as extreme as what the colonists faced in 1775.

As Christians, what should our battle cry be?

For this, we can look to William Borden, a young man who had a passion to make an impact for Jesus Christ. Borden was not satisfied with a second rate, half-hearted Christian existence. He wanted to make his one and only life count. Though he could have led a very comfortable life – he came from a wealthy family and went to the finest schools – he chose to follow God’s call to ministry in China. Borden understood that whenever God calls you to do something, it is never a waste of time.

Borden’s first stop was in Egypt for training. Unfortunately, it was also his last stop. He contracted cerebral meningitis and died at the age of 25. It has been written that as he lay dying, a friend came to visit. Borden was too weak to talk, so he took out a piece of paper and scratched out these six words as a sort of epitaph.

NO RESERVE. NO RETREAT. NO REGRETS.

These words, also found in the in the back of Borden’s Bible, are the perfect battle cry for us as we journey on our Christian walk. Let’s take a look at these three statements and how we can apply them in our lives.

Ephesians 5:2
[Jesus] gave himself up for us as a fragrant offering and sacrifice to God.

Galatians 1:4
[Jesus] gave himself for our sins to rescue us….

Philippians 2:5-8
Have this mind among yourselves, which is yours in Christ Jesus, who, though he was in the form of God, did not count equality with God a thing to be grasped, but emptied himself, by taking the form of a servant, being born in the likeness of men. And being found in human form, he humbled himself by becoming obedient to the point of death, even death on a cross.

In the Navy, when a captain was heading into a battle where retreat or surrender was not to be contemplated, he would order the “colors to be nailed to the mast.” Having the flag nailed up high, there would be no possibility of lowering it in the heat of the battle in order to raise the flag of surrender. With retreat not an option, crew members were motivated to fix their minds on how to best win the battle.

When you live a life of no retreat, you are following the example of Jesus.

1 Peter 2:21-24
For to this you have been called, because Christ also suffered for you, leaving you an example, so that you might follow in his steps. He committed no sin, neither was deceit found in his mouth. When he was reviled, he did not revile in return; when he suffered, he did not threaten, but continued entrusting himself to him who judges justly. He himself bore our sins in his body on the tree, that we might die to sin and live to righteousness. By his wounds you have been healed.

We have all done things we are not proud of; things that we cannot go back and make right. But today…right now…commit to living this one and only life God’s way. Don’t put it off. The decisions you make today will determine if you live with regrets tomorrow. In one of William Borden’s journals these words were found: “Say “no” to self and “yes” to Jesus every time.”

The writer to the Hebrews gives us this challenge that will enable us to live a life with no regrets.

Hebrews 12:1d-3
…let us run with endurance the race that is set before us, looking to Jesus, the founder and perfecter of our faith, who for the joy that was set before him endured the cross, despising the shame, and is seated at the right hand of the throne of God. Consider him who endured from sinners such hostility against himself, so that you may not grow weary or fainthearted.

Men and women…my challenge for you is very simple. Live a life of No Reserve. No Retreat. No Regrets.