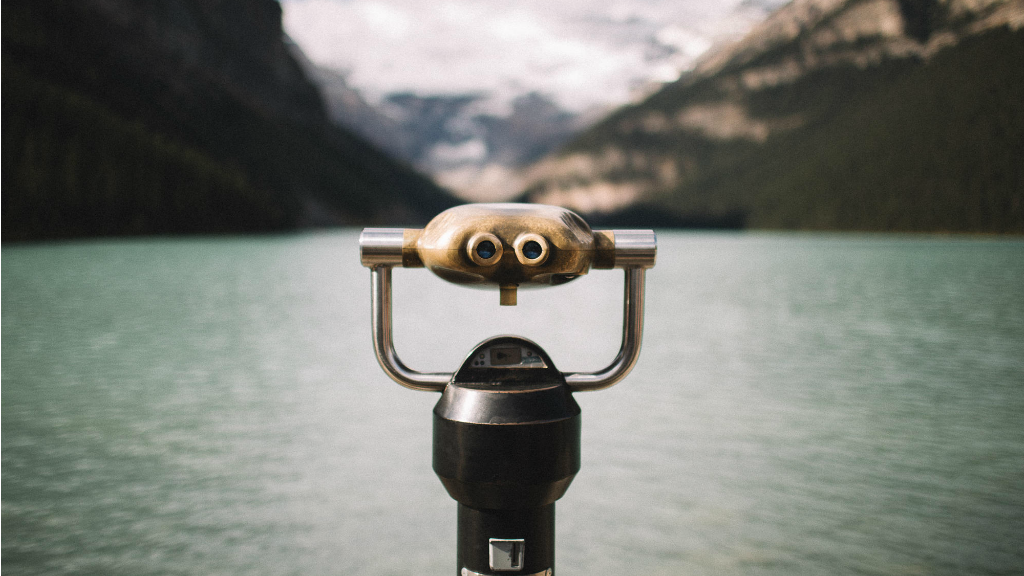 As 2016 draws to a close, I'm seeing "Best Of" lists everywhere. In my inbox, on TV and the radio, and definitely on the internet and social media, everyone is promoting their "best of" everything. Even if you're not looking for them, chances are you've already found lists of 2016's best movies, albums, books, recipes, cars, moments in sports, and Christmas gifts for pastors (just kidding, that last one is not a thing).

As Campus Pastor for The Bible Chapel in Wilkinsburg, I've spent some time myself over the past few weeks looking back at 2016, amazed at what God has done through our campus. I think about the baptisms, baby dedications, new members, and all the people God has allowed us to minister to over the past year.

We also moved into our own church building after three years of renting space at a local school. Then God provided funds that enabled us to build a new kitchen, which has helped us grow our breakfast ministry. We hosted a "Thanksgiving Giveaway" that gave food and personal care items to hundreds of local families in need. In so many ways this year, I've seen God allow our campus to share God's love and offer His healing to the community of Wilkinsburg.

I met Peggy earlier this fall, soon after we moved into our new building. It was a Sunday morning, and I was standing at the back of our Worship Center as we began the final song at the close of service. I had just opened our back door to let out a mom and her son who needed to leave early, and I saw an elderly woman with a cane making her way up the stairs. I'd never seen her before, and I asked her if she needed any help. She replied firmly that she was okay, headed right inside, and stood for the final song, raising her hands in worship. The whole time I wondered, who is this woman?

Have you ever experienced a moment in your life when you just know that God sent someone to speak to you specifically?

After services I stood up front as I always do for prayer, and this particular Sunday, I spent about 20 minutes with folks there. When I finally had a chance to pick my head up and look around, the Worship Center was empty. I figured I'd missed my chance to greet the mystery woman. So I headed into our fellowship hall to check on things there, and to my surprise, there she was – chewing out a fellow named Ron.

Now, Ron is a former member of Maranatha Bible Baptist Church, which used to own our building. He'd been attending our services for the past few weeks. As I got closer to the two of them, I heard the woman telling him things like, "Ron, I don’t care how old you are, if you are worshipping here you need to become a member and start serving!"

Ron saw me and hoped for an ally. "Pastor Dave!" he said. "You gotta help me out. Peggy here is giving me a hard time about all this stuff she says I have to do."

And thus I met Peggy.

I joined their conversation, taking the heat off of poor Ron by asking Peggy about herself. She, too, had been a member of Maranatha. She was baptized there in 1963 and stayed for nearly 50 years after that, raising all four of her children in the church.

At 93, Peggy now lives in a care facility nearby, and had gotten herself a ride to our services that morning. The ride had been late, and was now apparently late again, so she was using her time to interrogate Ron.

After a few minutes chatting, I told Peggy I hoped we'd see her next week, and excused myself. But when I finally closed up and left the building, there was Peggy sitting on our front steps. Her ride was really late. I sat down next to her.

Have you ever experienced a moment in your life when you just know that God sent someone to speak to you specifically?

That's what happened for me over the next hour as I sat with Peggy. (Yes, an hour. It was a blessing to me, but Peggy probably wouldn't mind a more punctual ride.)

You might think Peggy would spend that hour reminiscing about the heydays of her church, when Wilkinsburg was an affluent Pittsburgh neighborhood. But she didn't.

Peggy was 93 years old, and she wasn't interested in reminiscing. She was looking forward. Assertively.

She spent the first 20 minutes drilling me with questions: "What are you doing for the kids? Are you helping the homeless? How many Bible studies do you have? What about outreach?"

I found myself working hard to keep up with her. Peggy was passionate, attentive, and sharp. She wanted to know, in detail, what God was doing now in her old building, and what He was going to do next. She had spent almost half a century at the very building where we were now sitting. But she spent about three minutes on reflection and the other fifty-seven looking ahead.

Peggy was simply not that concerned – or impressed – with past success. She was excited for the future. For God's next installments in His great plan and for how we would be a part of it.

Have I mentioned that Peggy is 93?

As I went home that day, I felt so encouraged and inspired by Peggy. God has blessed the Wilkinsburg Campus in our first three years of ministry here. We praise Him as we reflect on what He's done for us. But I have no doubt that my conversation with Peggy was a challenge to set our hearts on the things to come. It was a reminder to grow every single day as followers of Jesus Christ. For our church, I believe it was a call to continue developing those followers today, no matter what great thing we might have done yesterday.

Are you coasting into 2017 on the strength of what you've accomplished in the past? Or are you looking ahead to make this your best year yet?

In the Book of Exodus, which we studied in our most recent sermon series, the word "generations" is mentioned 22 times. God was reminding Israel that everything He was doing for them was also for those who would come after them. The same thing holds true for the Church today. Everything we do today is paving the path for the generations who will come after us.

After my conversation with Peggy, I finally did something I was procrastinating doing for a few months. I framed four of the original blueprints from 1936 that we found in the building when we moved in, and hung them in various spots throughout our church. They are hand sketched on blue wax paper, and they are fascinating. I told our congregation that every time we see those blueprints, we should think of all those who came before us, and all those who will come after us.

What we do here ultimately reflects the Lord, but it also reflects folks like Peggy who have served the Lord faithfully before us. And it will impact people like my son, Ezra, who is three. I pray that what we do here will enable Ezra to corner his pastor at church 90 years from now and drill him about the children's ministry and Bible studies.

And what about you? Are you coasting into 2017 on the strength of what you've accomplished in the past? Or are you looking ahead to make this your best year yet? I challenge you as Peggy challenged me to point your heart and your feet forward.

Thank you Dave for sharing this sweet story from a 93 year old woman. But mostly thank you for taking the time to listen to her and allow God to touch you and all of us thru her. I don't want to coast into the new year. I want to look for ways to impact the world around me for Jesus just as Peggy is doing at 93. Happy New Year!