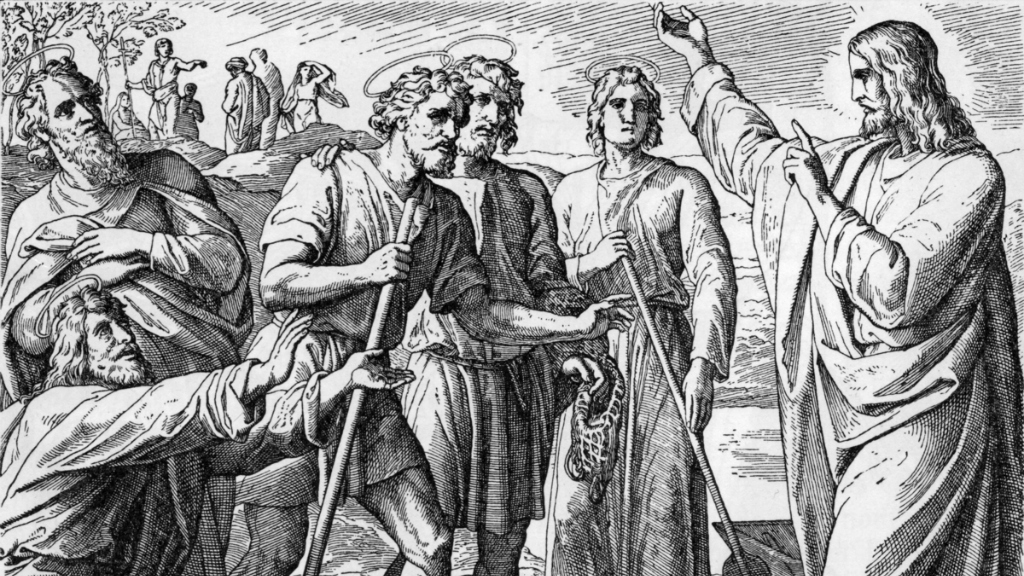 I want to start of by asking you a simple question. What story of Jesus' earthly ministry is your favorite? Or which one do you recall most?

Maybe you're thinking of multiple stories right now. Stories such as Jesus feeding the five thousand, Jesus interacting with Zacchaeus, Jesus calling the disciples, or many others.

What's amazing about Jesus' earthly ministry is that over and over again, he ministered personally to people and gave personal attention to each person's problem or need. Arthur Glasser, who along with several other authors wrote a great book called Announcing the Kingdom, puts it like this:

Of the sixty-four recorded instances of [Jesus'] contact with individuals, we find not one instance of his sending a person away without giving personal attention to his or her problem and need. The sick, the sinful, the handicapped, the erring, the spiritually needy - all found in him a helpful, loving friend who was primarily concerned that they understand the moral reasons behind their problems. (Glasser, Van Engen, Gilliland, and Redford, 2003/2008, p. 206)

Think about that. Scripture records 64 instances of Jesus having contact with individuals, most if not all of those encounters on their turf, and he always went out of his way to give the personal attention that people needed.

Can we say the same about our earthly ministry?

How often do we give personal attention to the problems and needs of those with whom we have personal contact each day?

At the Wilkinburg Campus, we just opened our new building. After three years of renting from a local school, and after six months of renovations, we are excited to finally occupy our own space. As we moved into the new building last week, our leadership team was praying - and has been praying for months - that we would not become "attractional" in ministry, but that instead we would be "incarnational" in our approach. By "attractional," we mean sitting in our nice, new building and asking people to come to us for services, events, or outreach. Instead, we want our new building to launch us into an "incarnational" ministry. That means going into our community and outside the walls of the church.

You see, God is incarnational by nature. He exemplified this by sending his Son, Jesus Christ, into the world. Jesus was literally "God Incarnate" as the Word became flesh. Jesus came to us on our turf in order to reach us and redeem us.

My challenge for you is to be more incarnational in your daily ministry. Sometimes that means walking across the street to greet your neighbor and invite them over for dinner. Sometimes it's serving in an outreach project at your church, or leading a new initiative to get your church body out in the community. Sometimes it's sitting down and talking to the beggar on the street instead of walking by and ignoring him.

Alison Mickhelm, who worked in Norway, states how her adventures helped her grow into an understanding of what it means to follow Christ by being incarnational. To her it simply means "being there."

Mickhelm states, "Incarnational ministry is all about following in the footsteps of the One whose life demonstrates that the most effective way for God to understand and communicate with humankind is by Being There."

Jesus was incarnational by simply "being there" with those who needed him. He went to them, invested in them, and served them. Are we doing the same with those around us?

Let us be incarnational like our Savior Jesus Christ, and model what the Apostle Paul states in 1 Corinthians 11:1 - "Follow my example, as I follow the example of Christ."

In the comments below, let us know how someone has been there for you, or how you've shown someone the love of Christ by being there for them. And if you'd like to explore incarnational ministry even further, you can join us in Wilkinsburg this fall for our Wednesday evening class on this subject. Our first class meets on Wednesday, September 21, at 6:30 p.m. We'd love to see you there!