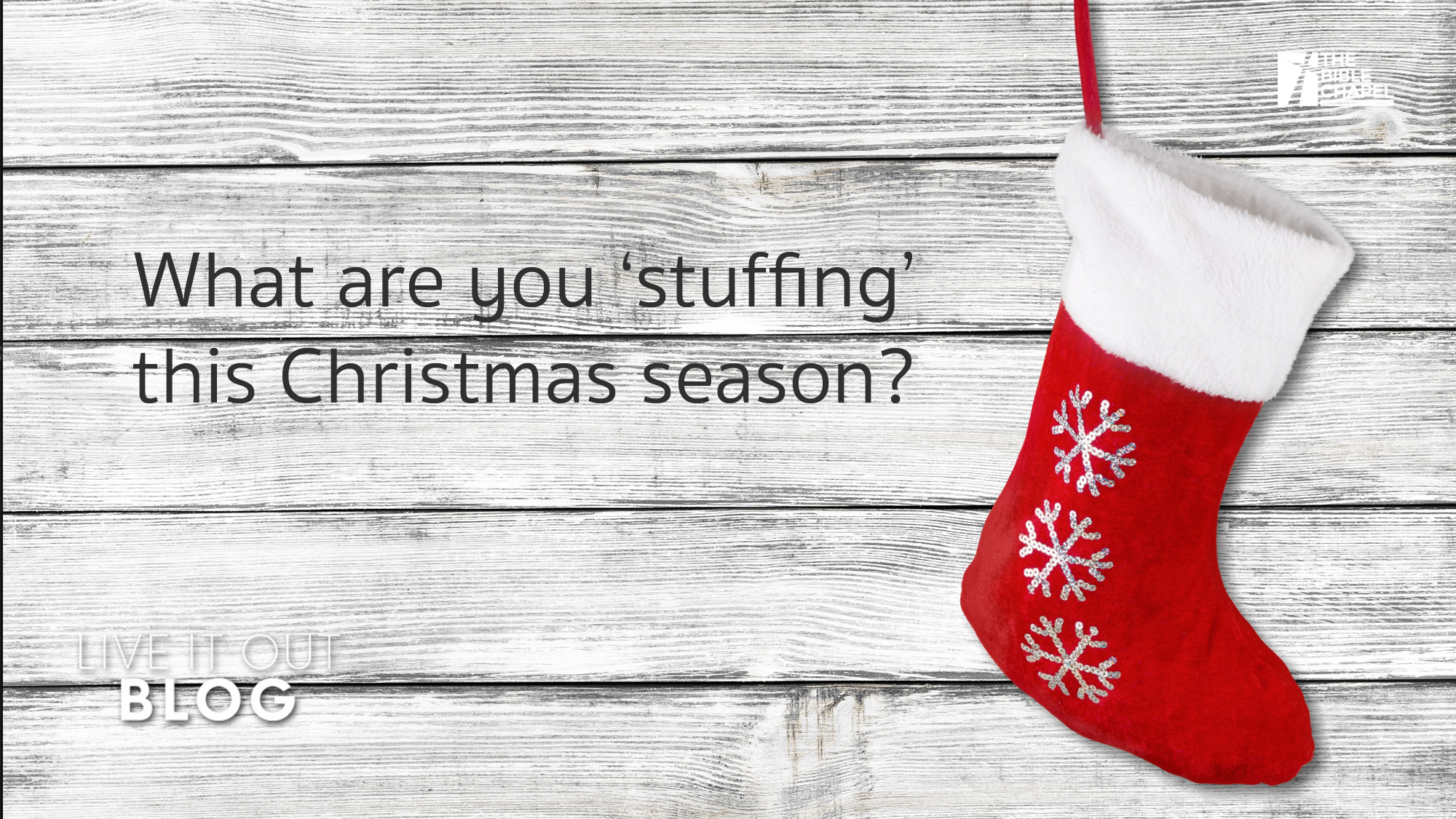 There’s a force that permeates all this stuffing. An eternal power. Ever present. Even if it goes unnoticed by the masses, it is treasured by many.

What is this eternally powerful force every Christmas?

Christmas carols. Yes. Not just nostalgic moments or children’s tunes. Christmas carols proclaim the eternal force of the Gospel as a powerful backdrop to all the stuff we do and get and give in December.

On the surface, Christmas carols, unlike square dancing, aren’t just an echo of cultural heritage. Not just relics of a civic holiday, like patriotic songs for the 4th of July.

Look deeper. Check out the words with a microscope. Like these:

“Veiled in flesh, the Godhead see. Hail the Incarnate Deity.”

In ten words, the power of the Gospel of Jesus Christ is proclaimed hundreds of thousands of times every December, to everyone who hears. Imagine John 1:14 being shouted to all of creation, “The Word became flesh and dwelt among us, and we have seen His glory, glory as of the only Son from the Father, full of grace and truth.” And Hebrews 1:3, “He is the radiance of the glory of God and the exact imprint.”

This is what Christmas carols do. They shout the Gospel to the world!

These ten words come from the carol “Hark! The Herald Angels Sing.” We’ve been singing it since the 1700s. Theological educator Charles Wesley (1707-1788) penned the original lyric (along with about 6500 others). Then preaching giant George Whitfield (1714-1770) revised the opening line that became the title.

But a man named William Cummings (1831-1915), who seldom receives the deserved notice, was the person to piece together this iconic Gospel proclamation. He married tune with text, using a melody composed by famous classical composer Felix Mendelssohn (1809-1847). The rest is, well, current history.

The Incarnation forms the core of Christmas. And the Incarnation is one of the mysterious singularities of Christianity. In some religions, for any deity to co-mingle with flesh is the epitome of heresy. At Christ’s birth, many babies were slain at the hand of a provincial king. Wars have been waged over the existence of the Second Person of the Trinitarian Godhead.

At the heart of Christmas is a Holy Person; not a religion, not a holiday, not a tradition. Christmas marks the arrival and presence of the Second Adam, the Perfect Adam, to complete the work the first Adam failed to do.

In a seldom-sung stanza of Hark the Herald, the Gospel is proclaimed this way:

“Come Desire of Nations, Come
Fix in us Your Heavenly Home
Rise the woman’s conquering Seed
Bruise in us the serpent’s head
Adam’s likeness now efface
Stamp Your image in its place
Second Adam from above
Work it in us by Your love.”

So, what would be best to stuff this Christmas?

Let’s stuff our minds and hearts with the Gospel.

The next time you sing “Hark! The Herald Angels Sing,” fully engage in this profound proclamation of the Gospel. Use it to spark conversations, to share Jesus, to talk about the Way, the Truth, and the Life. Recognize you are proclaiming Jesus Christ to a dying world every time you sing the carol. Jesus left His throne and came to us as fully God, fully Man. You’re stuffing the world with the Gospel, shouting on musical pitches, about the sinless Man Who righted Adam’s wrong. Veiled in flesh, the Godhead see.