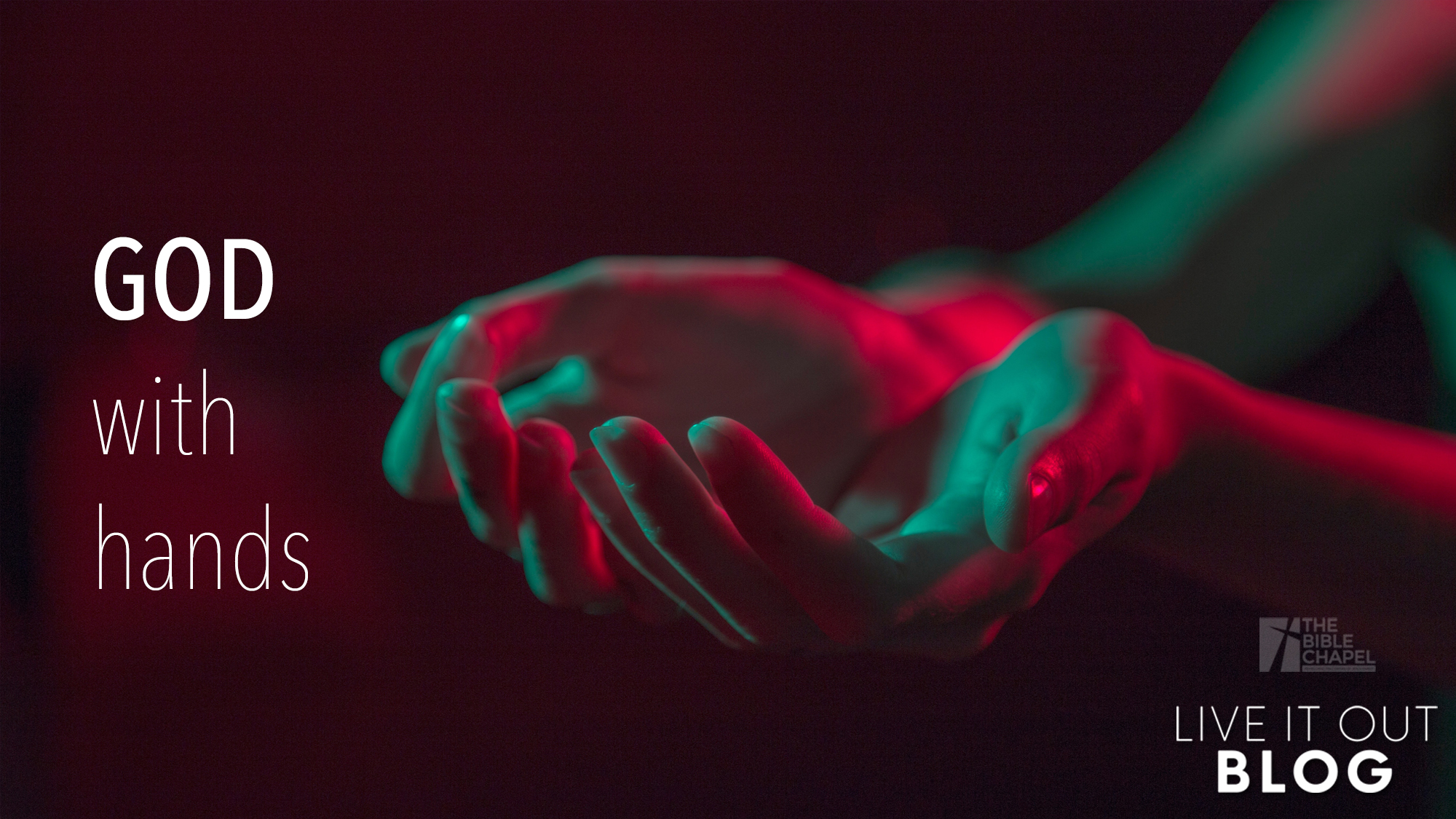 Tiny hands waving about uncontrollably. A shrill cry piercing the damp air of a borrowed cave. A peaceful smile on the lips of a mother wearied by labor. A mysterious smile on the face of the mother's husband who has helped deliver a miracle. The Incarnation: God confined to an infant.

Growing hands pointing to the ancient scrolls. An adolescent voice asking and answering questions. The teachers of the law, amazed at His understanding. A mother who “treasured all these things in her heart.” The Father smiling with favor. God growing in stature.

Calloused hands motioning to the trees, hillsides, and mountains. Teaching of God's love and His purpose. Faces marveling at the One who teaches with authority. Faces scowling as He likened them to the white washed tombs. A mother's concerned prayers, knowing He is about the Father's business. The Father well pleased with His Son. The Incarnation: The Word in flesh.

Gentle hands touching blind eyes, deaf ears, and withered limbs. Powerful hands turning water into wine, feeding multitudes with a single meal, and touching life into lifeless bodies. Thankful faces without words to express their gratitude. A mother’s smile as she hears of her Son’s marvelous deeds. The Incarnation: The Father being glorified through the Son.

Bound hands led away by Roman soldiers. Tied in complete submission to the eternal plan. A mother hears – the dreaded time has come. The Father controls the final blow to sin. The incarnation: "Like a lamb led to slaughter . . . He did not open His mouth."

Constricted hands; the result of spikes driven through His wrists. Hands outstretched – spiked to a wooden beam. A mother looks on, feeling every painful throb as her own. The Just Father turns His back on His burdened Son. The Incarnation: “…the Lord caused the sin of us all to fall on Him.”

The Incarnation does not stop at Christmas but at the Cross.

God took on hands. Hands of a baby, an adolescent, a workman, a teacher, a Savior. God became man and dwelt among us. When the time was just right, the eternal Word became flesh. The Incarnation: God took on temporal life to put eternal death to death.

Scarred hands in resurrected glory. A chariot of clouds lifting Him to the Father. A joyful mother watching her Son ascend. A promise from the lips of the risen Savior: Just as I go, I will return again. The Incarnation: The assurance of our resurrection.

Open hands inviting every sinner. Accepting all who come to Him in faith. Blind eyes see – prison doors are opened. The prince or pauper – none are turned away. Eternal life for all who trust the Son. The Incarnation: Sinful man in communion with the eternal Father through His Son.

Today’s blog post is from Ron’s daily devotion. If you want daily encouragement to challenge you as you grow in your faith, sign up to have this devotion delivered straight to your inbox every morning. In 2019, Ron’s devotions will guide us on a Journey Through the Gospels. Join us as we take this journey together.