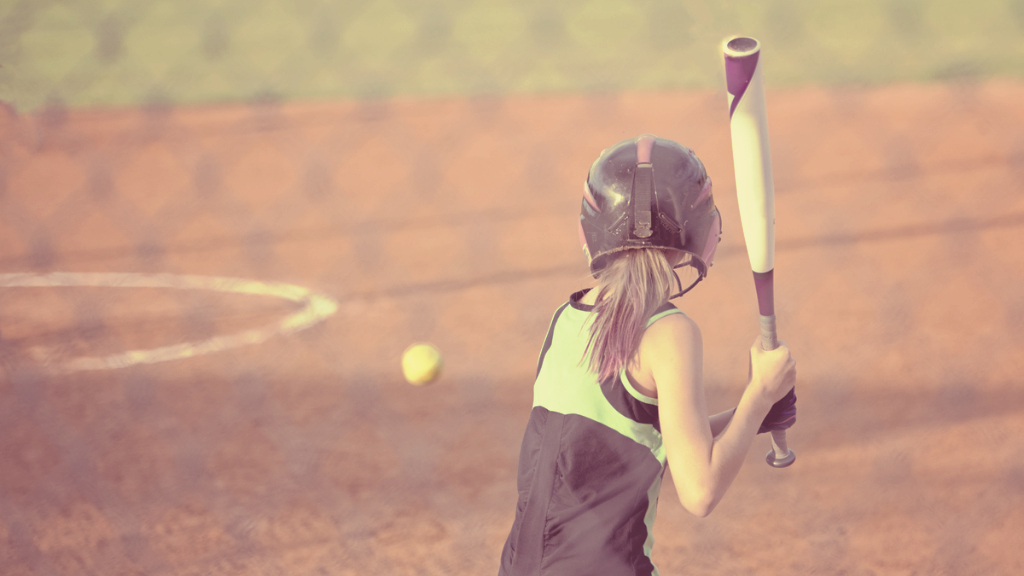 As we continue our Sermon Series on Exodus here at The Bible Chapel, this weekend we'll be looking at Commandments 4 and 5 - the commandments to keep the Sabbath holy and to honor your father and mother.

As we consider God's commandment to honor our parents, we must also consider how to be parents of honor. We'll explore this idea further in this weekend's message, so please join us at one of our campuses or tune in online. In the meantime, following is a blog post about a time that I was definitely not a parent of honor. My prayer is that this story is an encouragement to both parents and children.

I have coached a variety of recreational sports in my community. And I hate to admit it, but for many years I was a downright jerk. Now, years removed from my coaching "jerk-ness," it's hard to believe that I took winning so seriously. My wake-up call came one day when I made my daughter cry for striking out. Following is the story from my side and then the same story from her side.

My Side of the Story

From the time that I was seven years old, it was drilled into my head. Every coach from 10-and-under to college bellowed the same command: "Don't take a called third strike! If you strike out, you had better go down swinging. When you have two strikes, widen your stance, choke up a bit, protect the plate, don't take anything close. Whatever you do, never watch the third strike go by!" When I began coaching my kids, I repeated the same instruction.

I will never forget one particular softball game that I was coaching. My oldest daughter, Brittany, a fifth grader at the time and a great player, was the last out of the game because...it’s hard to say it...she took a called third strike. My insides ignited. After the obligatory handshakes and "Great game, girls," I made my way to the car with Brittany and exploded.

"What just happened out there? Why didn’t you swing the bat? Never, I mean NEVER, take a called third strike. How many times have you heard me say that? You could have pulled that pitch down the right field line. As fast as you are, you could have made it to third easily. We could have won the game! What were you doing?!" I stopped to take a breath and circled back with the same questions notched up with more emotion. Then I saw the tears. My heart sank and I realized my foolish sin brought on by, of all things, a recreational softball game.

Fathers, do not embitter your children, or they will become discouraged (Colossians 3:21). The word "embitter" means to irritate or provoke. One translation uses the word "exasperate." If continued, this practice will cause your children to lose heart, confidence, and respect in you as a father.

The walk back to the car might have been worse than the actual strikeout. Check that statement; it was infinitely worse. When I think of bad games, none stand out in my head like that particular one. My at-bats that day consisted of nothing but strikeouts and infield pop flies. Never in my five years of playing had I struck out so much in one game. Usually not one to watch a ball pass by (I was notorious for swinging at the first pitch), I was horrified when the umpire, an energetic baseball enthusiast whose strike call always made us jump, called "Staaariike three! She’s out!" Anxiously glancing up the third base line from my left-handed batting stance, my stomach flip-flopped as I saw my dad frustratingly drop his head. Game over.

I remember numbly walking back to our old gray Honda, dragging my cleated feet against the pavement, dreading the car ride home. My mom passed by our rolled-down window on her way to the van. "See you at home," she said, giving me an empathetic glance and my arm a reassuring squeeze.

"Bye, Mom," I managed to choke out, while in my head I was screaming, "Please, Mom! Ask to take me home! I don’t want to drive home with Dad!" Unable to read my thoughts, my mom walked away, and I was left to face the terrible silence preceding whatever my dad had to say in response to my "unacceptable" softball performance. I don’t remember everything he said, but I don’t have a habit of crying often, and I cried on that car ride home. Once I was home, I cried some more. Then I took a "shower" so that I could sit in the bathroom and cry even more. When I came out of the bathroom, my dad was right there, waiting to apologize and console me.

Those were some intense softball years. We can look back on those years now and laugh at the ridiculous level of intensity, but up through seventh grade, recreational softball was competitive, to put it lightly. Winning was king, and I remember feeling discouraged on many counts when I felt like I had let my dad down. Softball was more nerve-racking than fun because I was always nervous that I would mess up and disappoint my dad.

Don't get me wrong. My dad was a great coach. He was wonderful at teaching the fundamentals, knew fun drills, and was enjoyable to be around. But when the subject of bitterness comes up, those softball years always seem to resurface. I'm not really bitter about those years, but these verses bring up a good point.

I think that becoming "embittered," or being made to feel troubled or distressed, is something that a lot of children struggle with. No matter what your age, when you feel as though you haven't lived up to your parents' expectations - not made the grades, made the cut, or landed the job - you can be really discouraged. While I think parents are justified in having high expectations for their children (after all, parents should want the very best for their kids), loving them through their failures - and not necessarily with "tough love" - is vital for their emotional well-being.

I have never, not even for a tenth of a second, doubted that my dad loves me; he has never left that option open. But that didn’t stop me from feeling anxious before all of my softball games. I can't tell you how many times my dad has asked me to forgive him for his years of ultra-competitive softball coaching. Although it's great to have something to hold over his head, I'm totally over it. Once he realized his mixed-up priorities, my dad was nothing but encouraging in my various sports endeavors. He wasn't my coach when I played in high school, but I always enjoyed having him at my games. If I'm discouraged, he's always there to support me.

The last year that he coached my team, when I was in seventh grade, we won the championship game. It was a great game. We were in the winner’s bracket, lost the first game, and won in the second, in the bottom of the first extra inning. Winning should have been exciting, but once again I was in tears on the way home because I was so disappointed in my own performance. But my dad pointed out the vital role I played in that game, and he continued to be only positive. Without my parents' support through my years of softball as well as other sports and activities, I don’t know where I’d be.

It might sound strange, but I really think that going through those years of intense softball, and then realizing that we had our eyes on the wrong prize, created a stronger bond between my dad and me. We both grew as a result of seeing how our priorities were out of whack. I’m so thankful that my dad and I can have such a great relationship.

Years after my own softball days, I had the chance to help my dad coach my youngest sister Mackenzie's third-and-fourth-grade softball team. Coaching alongside my dad was a blast, and it was fun to see how laid back he'd become. Youngest child syndrome, I guess! On multiple occasions, after playing an intense team, we would laugh most of the way home. Often our conversations would include something like this: "Who did that other coach remind you of? His oldest daughter must be on the team!"

I wish I could say that was the last time I blew it with my children. I have had to go to each one of them more than once and ask his or her forgiveness as I have asked forgiveness from my Father as well.

That now-infamous softball game with Brittany happened more than a decade ago, and by God's grace, Brittany and I have a great relationship. She even has a touch of my sarcastic humor, and sometimes right out of the blue she'll say, “Hey Dad, you remember that time you made me cry in the car after that recreational softball game?" Then she lets out her patented chuckle.

O God, please help me to never embitter my children and make them lose heart.

Thank you. I used to have the same problem when I helped to coach Hannah in rec soccer. I too made her cry on more than one occassion. I no longer coach her in cup and travel but I always try to remain encouraging and I keep quiet on the way home unless we discuss something else. Soccer and Futsal are a blast for her and she is exceptional scoring 20 goals over 3 tournaments this past summer. Her century cup team won the championship in Ohio with Hannah scoring 5 goals in the first game. Now if I could only learn to quit yelling at the referees.