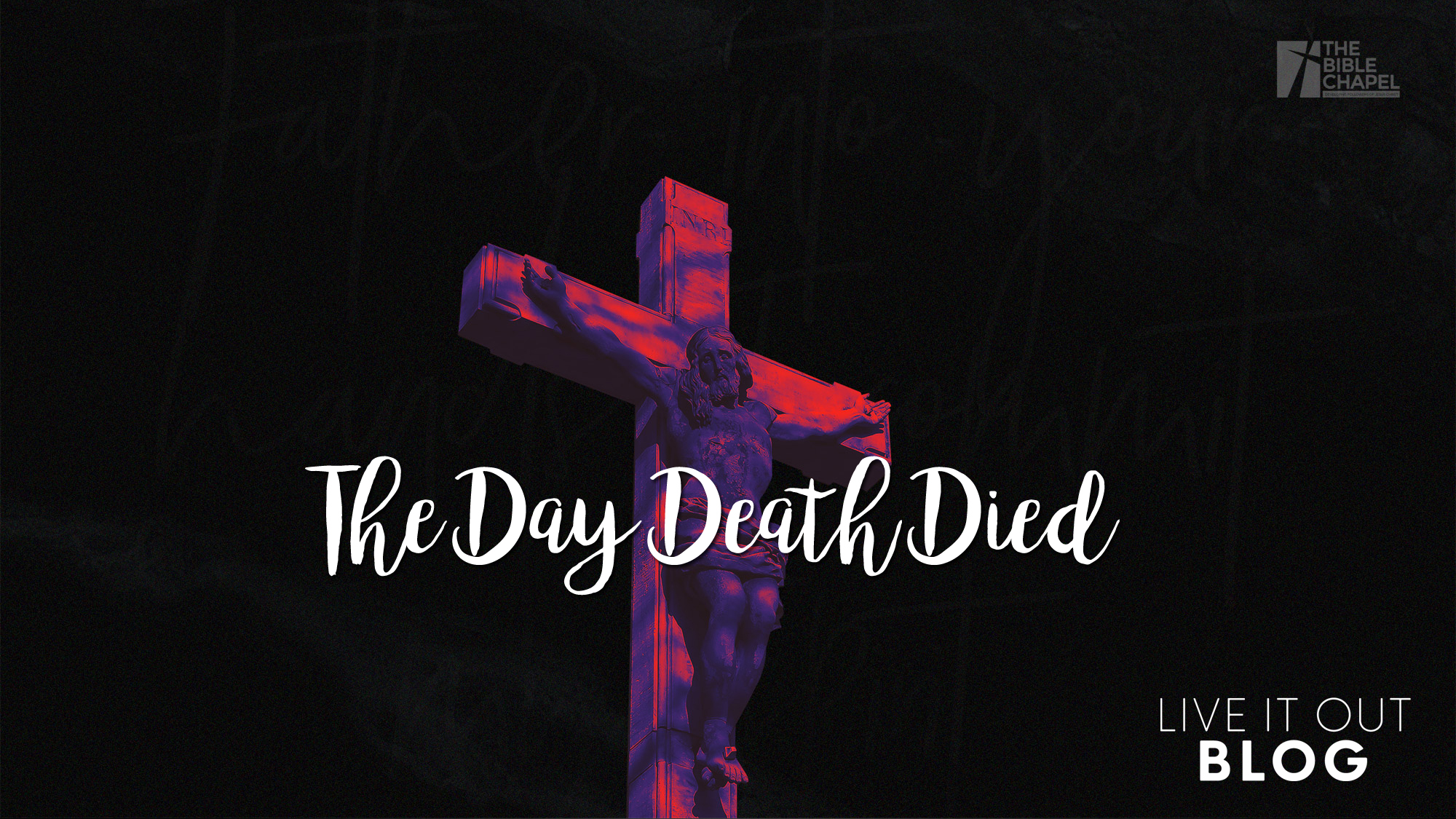 To the Roman soldiers, it was just another day’s work. The assignment of putting criminals to death had hardened their hearts. Gambling for the clothes of those who hung naked dulled their ears from the cries of pain. Breaking the legs of the victims ensured a shorter workday. Running a spear through the side of the one in the middle was part of the job. Justice was done. Their task was complete. The three were dead.

Those beneath the cross wept; saddened to lose a son and a friend. Those looking on smiled; satisfied that their enemy had been silenced. Those standing at a distance were confused. The brutal death of their leader was not why they had dropped their nets, waded out of the water, and followed him.

The events of the past twenty-four hours spun out of control in the disciples’ heads and hearts. The blur of events caused moments of disbelief and moments of nausea. Denial was repeatedly replaced by waves of emotion so strong they could not stand. The expectation that they would soon be put to death had transformed them from followers to fugitives. Paralyzed with fear they hid together, planning what their next move would be and when it was safe to make it. Exhaustion forced fitful sleep, but they awoke to another day of wringing their hands. Every hope, dream, and promise died when he cried, “It is finished.” It was finished. They saw him take his last breath. It was time to go back home.

To the Heavenly Father, it was the day death died.

What seemed like chaotic events that led to an untimely end was all on the sovereign schedule. When the time was right, God sent his Son. Like poison at the mouth of a stream contaminates the entire flow, so the willful disobedience of Adam and Eve contaminated the entire human race. Sin separated man from the designed and desired relationship. Physical death was just the picture of a worse judgment yet to come. Every human was on a fast track to eternal separation from God. But God came down and paid the penalty himself. The wrath against sin was poured out on Jesus. He paid the penalty for our sin. His voluntary death on our behalf put death to death. Our trust in that sacrifice gives us life.

To demonstrate that the work of Jesus was sufficient for all time, God raised him from the dead. Death was dead. Life was restored. The promises were true after all. Hope was restored. Those beneath the cross wept for joy. His enemies made up stories to cover their confusion. The disciples fell at his feet and called him Lord.

As we prepare for Easter and celebrate the Holy Week, we remember Jesus’ all-sufficient sacrifice that put death to death. All we need to do is accept his sacrifice. What will you do with the offer of life in the living Lord?