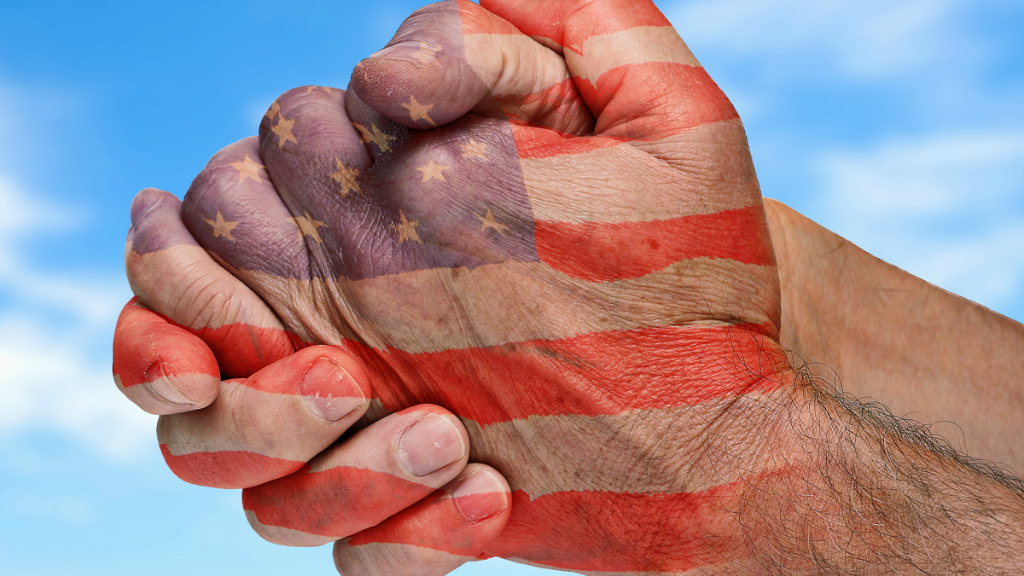 It's been a month since the election, and we all saw the drama unfold: our nation came together in voting for our next president, yet emerged divided after a result that was, by most accounts, surprising. Moments after President-elect Donald Trump was announced the winner, people took to the streets to cheer in one neighborhood and protest in another. Residents in one house praised God for the outcome, while their neighbors across the street prayed in fear of what might be next.

As a pastor, I have had several conversations with people both within and outside of the church who have been emotionally affected by this election's outcome. After hearing the comments and learning about the actions of both candidates, many folks are struggling to come to grips with God about how they should proceed. Do they submit or do they rebel? Do they pray or do they complain? Ultimately, the question on a lot of our minds is, "Lord, what next?"

In asking that question, we fail to realize that our Lord has already answered it.

It is amazing how living and active the Word of God is. No matter what the situation, no matter what the context, we can apply the Word of the Lord. It resonates in our lives every day. Regarding the election, the Apostle Paul says in 1 Timothy 2:1-4, "I urge, then, first of all, that requests, prayers, intercession and thanksgiving be made for everyone—for kings and all those in authority, that we may live peaceful and quiet lives in all godliness and holiness. This is good, and pleases God our Savior, who wants all men to be saved and come to a knowledge of the truth."

Without any historical context, we learn from this passage that Paul tells Timothy to pray for the leaders of the day, and not only pray for them, but also have a thankful heart for them. When we do factor in historical context—when we look at the date, time, and circumstances of Paul’s instruction here—things get really interesting, and we are able to see God's grace through a much larger lens.

At the time when Paul penned this letter, Rome was ruled by the Emperor Nero. In all of Christian history, there is no ruler who rivals Nero in persecuting Christians.

According to the ancient Roman historian Tacitus, "Before killing the Christians, Nero used them to amuse the people. Some were dressed in furs, to be killed by dogs and wild beasts. Others were crucified. Still others were set on fire early in the night, so that they might illuminate it" (Gonzalez, Justo L. 1984. The Story of Christianity, Volume I: The Early Church to the Dawn of the Reformation. New York, NY: HarperCollins Publishers, p. 35).

Most biblical scholars believe that it was under Nero that both Paul and Peter were martyred for their faith. Yet it was the same Paul, who saw all of this persecution and pain, and who would ultimately be killed by Nero, who tells Timothy to pray for the authorities—even Nero himself.

In the same fashion, we too are called to pray for our leaders whether we agree with their politics or not. We are to pray for the leaders of our nation because God wants us to. I am sure that Timothy was a little shocked at this request, as some of you may be. But it is what God asks of us. Are we being obedient?

Our nation is in desperate need of unity and healing. Only God can bring that. Yet if his saints sit on the sidelines pointing fingers and doing little to demonstrate his love, we are only adding to the problem.

I believe it is time we allow God to be God. I believe we must start giving our concerns, our desires, and our worries to him. Instead of bad-mouthing our leaders, we should be praying for them.

I don't know about you, but I believe that the same God who turned Paul's heart around to Christ is the same God who can impact our president's heart. Maybe instead of praying out of fear, we can pray out of boldness that our president and our leaders will grow in a personal relationship with Jesus Christ. Maybe today we can surround our commander in chief with the prayers of the righteous, which are both powerful and effective.

Maybe today we can stop fearing and start believing.

I started praying for the Spirit to move his heart and soul 2 months before the election. And I believe as you. God can do all things. my wish is that each week we could voice the same at services. Prayers are powerful and God smiles.!