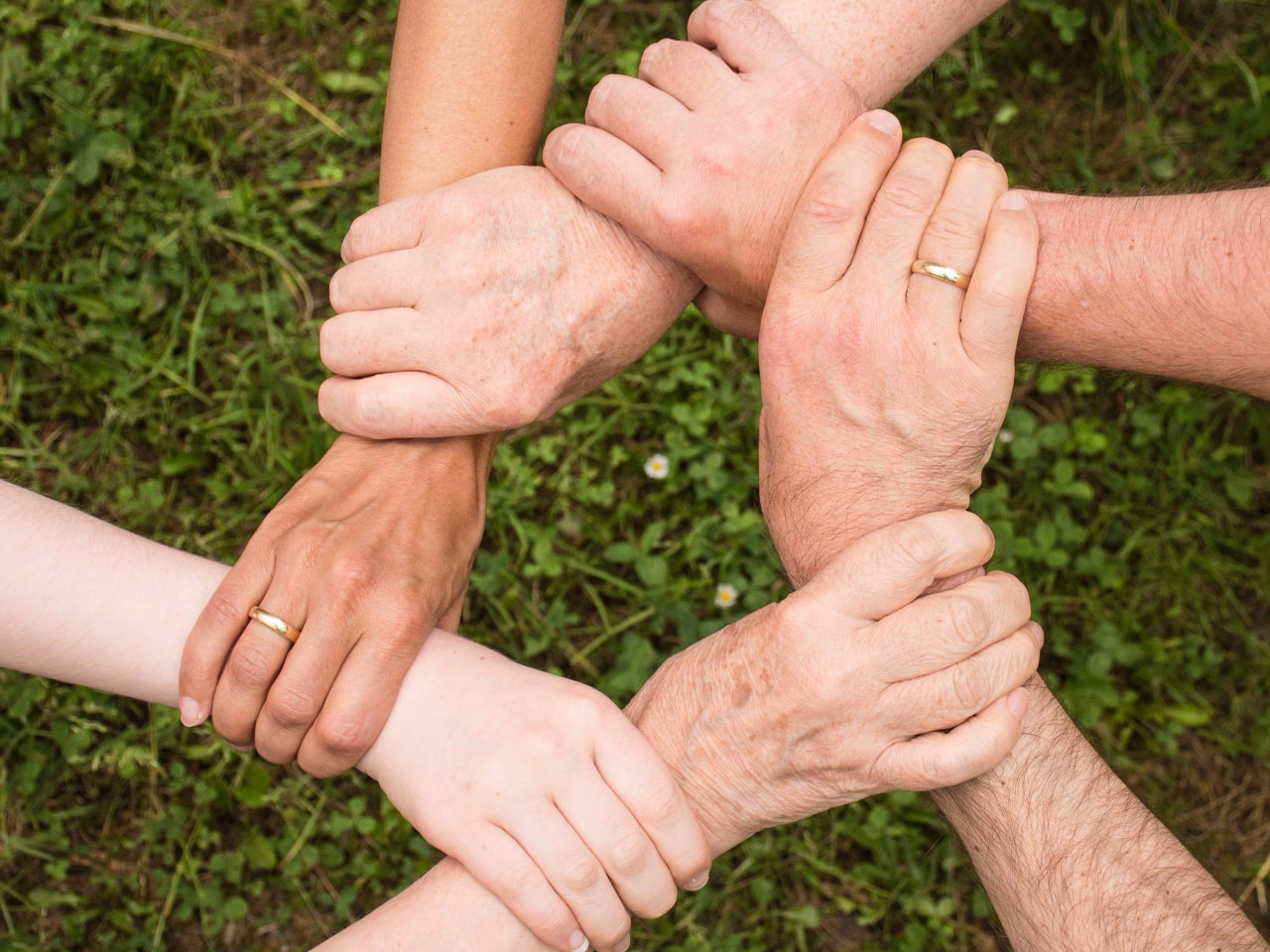 Trust is always at the foundation of a growing and healthy relationship. Without trust, a marriage seldom lasts. A friendship without trust is no more than an acquaintance. A team can never achieve its purpose unless it is built on trust. In their book, The Leadership Challenge, authors Kouzes and Posner explain what happens when people do not trust each other.

They will ignore, disguise, and distort facts, ideas, conclusions and feelings that they believe will increase their vulnerability to others.  Not surprisingly, the likelihood of misunderstanding and misinterpretation will increase.  When you don’t trust someone you resist letting them influence you.  You are suspicious and unreceptive to their proposals and goals, suggestions for reaching those goals, and their definition of criteria and methods for evaluating progress.  (Leadership Challenge, p. 147)

How can a leader build a culture of trust?

Studies have shown that married couples who use the plural pronoun “we” as they talk about their marriage and family have healthier marriages and families. No surprise. We-ness describes participation, ownership, and community. I-ness, on the other hand, describes individuality and aloneness. I am always taken aback when a person talks about “my children” or “my house.” I am saddened when church staff talk about “my church” or “my ministry” or “This is what I have decided.” When that language is used, is becomes obvious that the user has no understanding of the team concept.

Trust must be earned. No gimme’s here. You must demonstrate to others that you are capable and dependable (trustworthy).

Trust is won by consistent performance.

One good “game” does not give you automatic credibility. A demonstration of skill and integrity over a period of times gives you the privilege to be trusted.

Authors Posner and Kouzes make this point in their book, Credibility:

A credibility check is rooted in the past. It has to do with reputation. Reputation is human collateral, the security we pledge against the performance of our obligation as leaders, friends, colleagues, and constituents. It is what supports the natural human instinct to want to trust. Reputation is to be cherished and cared for. A damaged one lowers people’s estimation of a leader’s worth and their motivation to follow.

Credibility, like reputation, is something that is earned over time. It does not come automatically with the job or the title. It begins early in our lives and careers. People tend to assume initially that someone who has risen to a certain status in life, acquired degrees, or achieved significant goals is deserving of their confidence. But complete trust is granted (or not) only after people have had the chance to get to know more about the person. The credibility foundation is built brick by brick. And as each new fragment is secured, the basis on which we can erect the hopes of the future is gradually built.

…Without a solid foundation of personal credibility, leaders can have no hope of enlisting others in a common vision. (p. 25)

In the same book, Credibility, the authors asked people to give specific examples of what admired leaders did to earn trust and respect. Following is a list of the most frequently mentioned behaviors. (p. 50)

While it takes time to earn trust, it can be shattered in an instant.

Being caught in a lie, hypocrisy, an integrity-buster event, and/or unwillingness to admit a mistake flattens hard earned trust.

Kirby Puckett is a Hall of Fame baseball player who played his entire career with the Minnesota Twins. Loved and admired for his work on and off the field, Puckett was awarded the Roberto Clemente Man of the Year Award and inducted into the World Sports Humanitarian Hall of Fame for his work for sick children. When a local magazine listed “The 100 Best Things about the Twin Cities,” Puckett was the top-ranked citizen (he ranked 5th overall just behind the Mississippi River and Betty Crocker). His wife, Tonya, worked alongside him in the many charity efforts, and worked in the home to raise their two children. From the outside looking in, theirs was a storybook life.

On April 5, 2001, Puckett was inducted into Baseball’s Hall of Fame in Cooperstown. In his acceptance speech he expressed his love and appreciation to his wife of sixteen years:

Most importantly, my beautiful wife, Tonya, who has been there with me through a lot of the highs and lows of my career….I love you, Tonya, and thank you for all that you have done for me.

A little more than four months later, Tonya picked up the phone in another room of their home to hear her husband in an intimate conversation with a lover. There had been many lovers. One affair he carried on for eighteen years. Two days after she overheard the phone conversation, he threatened to kill her. This was not the first time. Once he had tried to strangle her with an electric cord. Another time, he had put a gun, cocked, to her head. But this was the last time. Through the divorce proceedings, the myth of Kirby Puckett began to unravel.

Reflecting on the years of deception, Tonya Puckett said this:

Look at Kirby, look at all of them. I don’t know too many athletes, even those who claim to be these wonderful Christians, who aren’t out doing some terrible things. It’s insane. There is something terribly wrong with this because it doesn’t just start in the major leagues. It starts when they’re young, like in high school, and there is a code they follow. You get somebody like Kirby Puckett, and he is with this girl and doing this and that, and I think something just happens to your mind when you lie and cheat for that long. (SI, 3.17.03, p. 64).

It takes time and hard work to earn the credibility and trust of others. For some it is just a performance. Don’t be deceived; characters flaws left unchecked will eventually surface. When that happens, credibility is out the window.

Building a team is hard, constant, and intentional work. It doesn’t just happen because people “like” each other. A team is dependent upon each member to do his/her part. A team moves together in the same direction, at the same time, for the same reason.

In the New Testament, the ministry of Paul serves as an example of teamness. Paul did not travel alone. In each of his missionary journeys, he traveled with a group. He specifically addresses how those in the church and those on a team should treat each other:

If you have any encouragement from being united with Christ, if any comfort from his love, if any fellowship with the Spirit, if any tenderness and compassion, then make my joy complete by being like-minded, having the same love, being one in spirit and purpose. Do nothing out of selfish ambition or vain conceit, but in humility consider others better than yourselves. Each of you should look not only to your own interests, but also to the interests of others. Your attitude should be the same as that of Christ Jesus…. (Philippians 2:1-5).