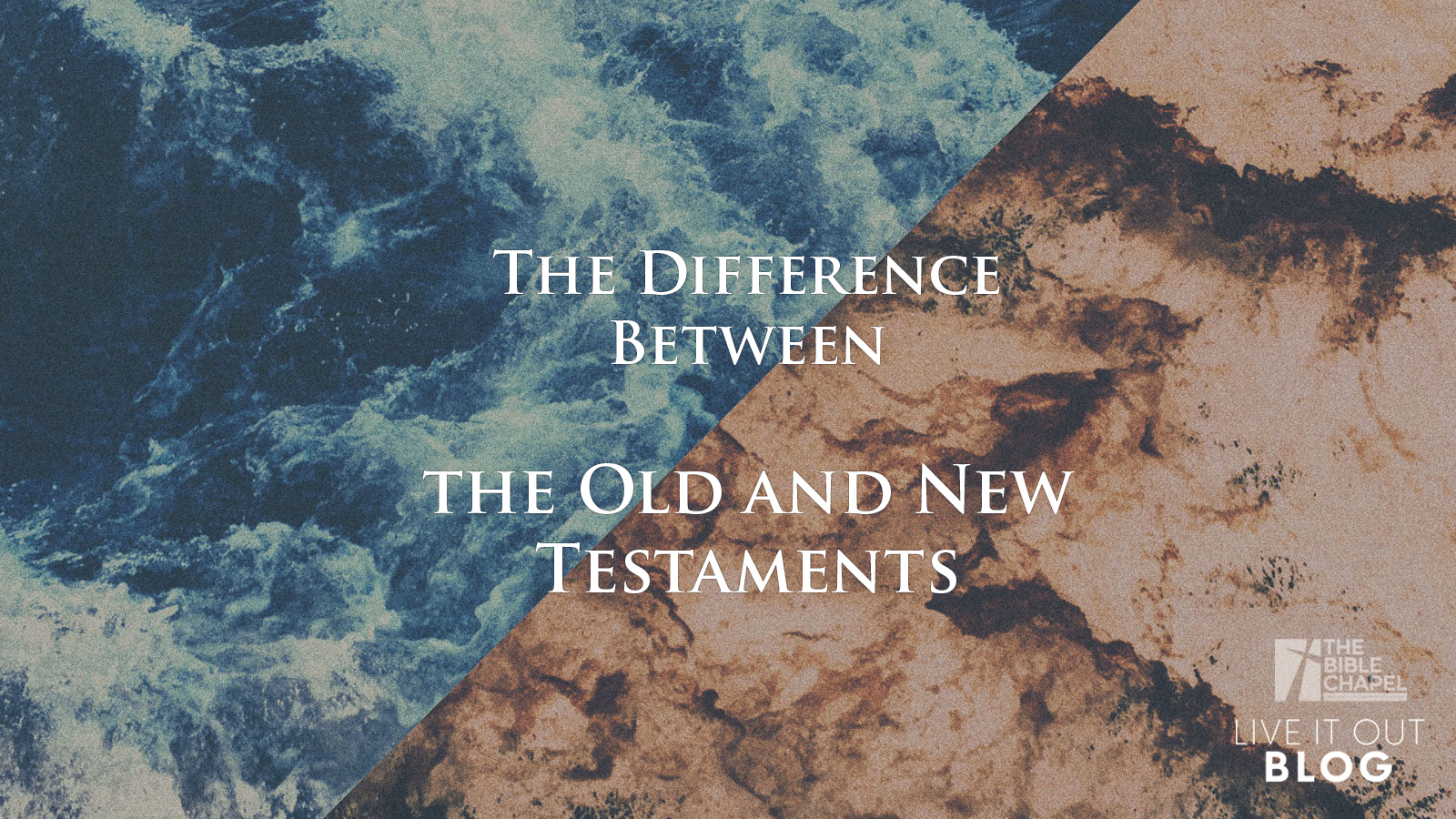 Many Christians know that they should read the Bible, but often struggle with this concept. Some try but then get lost or confused and stop. Others have yet to try because they don’t know where to start.

Over the past several weeks we have been discussing the topic of how to study the Bible. Our goal has been to give you tools and discuss important foundations to equip you to enjoy intimacy with God through his Word. One thing that can quickly stump people as they dive into the Bible are the apparent differences between the Old and New Testaments. Today we want to discuss these and help you more fully understand how these two sections fit together.

So, what’s the difference between the Old Testament and New Testament? Some would suggest there is no difference, and that both should be read the same way. Simply read what it says, then do it! No matter how bizarre it may seem. For example, Joshua implored the LORD, “Sun, stand still at Gibeon, and moon, in the Valley of Aijalon” (Joshua 10:12). As a result, the sun stood still for an entire day and never set. This viewpoint would seem to say, “If Joshua did it, so can we!” While God certainly is capable of more than we could ever imagine, the Bible isn’t suggesting to pray for the sun to stop next time you need to buy some extra study time for that three-hour calculus exam or project you owe your boss.

What are we to make of all of this? How do we understand it rightly?

Was God really different back then? Many people don’t know how to think about these questions, which creates confusion and frustration. My goal is to answer a few questions that I hope will start to bring clarity and provide confidence as we approach both Testaments.

1. Does the Old Testament law still apply to people today?

Short answer...NO. Longer answer...depends on what you mean by “apply.” Even longer answer…

Many people think the Bible, especially the Old Testament, is a book of laws; follow them and God will like you; don’t follow them and he will punish you. More than simply a book of laws, the Bible is a story. (If you’re not familiar with the story of the Bible, look back to last week’s blog.) But when God rescued his people out of slavery from Egypt, he made a covenant with them by giving them the law. This law had several purposes behind it.

When Jesus showed up on the scene he declared, “Do not think that I have come to abolish the Law or the Prophets; I have not come to abolish them but to fulfill them”(Matthew 5:17). In other words, the law communicates a way to love God and love people that humanity is unable to accomplish because of our bad hearts. Therefore Jesus has come to fix that brokenness by absorbing the wrath of God, paying for the penalty of our sins by dying as our substitute, and rising again to defeat sin and death. By Jesus’ work on the cross, he has created a new way of life for all those who believe in him.

The New Testament explains, ‘in light of what Jesus has caused you to become, this is how you should now live.’ It’s not a complete right turn from the Old Testament law. In fact, nine of the ten commandments that God carved in stone for his people are repeated in the New Testament. God’s heart is the same, and we are to love God and love people just as we have always been commanded to. But now, thanks to Jesus, we can actually fulfill these commands!

So, should I just ignore the Old Testament law? No. Paul writes in Romans 15:4, “For whatever was written in former days was written for our instruction, that through endurance and through the encouragement of the Scriptures we might have hope.” It’s God Word and we can still learn much about the heart of God from it.

2. How were people saved in the Old Testament if Jesus hadn’t come yet, or were they not?

I’ll be much more concise here.

Some suggest that in the New Testament people are saved by trusting in Jesus, but in the Old Testament people were saved by following the sacrificial system (Leviticus). The problem with this is that the blood of the animals wasn’t actually washing away their sins (Hebrew 10:4). It wasn’t something the people could work hard enough to do and achieve. Again, remember they had hearts of stone.

So, how were they saved? The same way we are now - by grace through faith. We look back to Jesus while they looked forward. We trust by faith that God saves us through the work of Jesus. They trusted by faith that God would save them. Their imperfect obedience to the law was a way to demonstrate this faith. Salvation has always been and will always be the work of God received by grace through faith.

3. Why does God appear to be different in the Old Testament than in the New?

Let me say this: his perceived differences between the Testaments is not a change on his part, it’s a misunderstanding on ours. After Jesus rose from the grave he appeared to two disciples on the road to Emmaus. Luke tells us, “beginning with Moses and all the Prophets, he (Jesus) interpreted to them in all the Scriptures (the Old Testament) the things concerning himself” (Luke 24:27). John makes it very clear in John 1, “In the beginning was the Word, and the Word was with God, and the Word was God. He was in the beginning with God.”

What’s the point? The God of the New Testament is the same God of the Old. Our triune God, who has manifested himself in the person of Jesus, has never changed and never will.
So...what do we do when we come across something that seems to be an inconsistency in God? Lean further in. Ask lots of questions. Find as many resources as you can get your hands on to seek understanding.

Pray fervently that God would bring clarity, and when clarity isn’t found, ask God to help you become comfortable with mystery.

Both Testaments tell the beautiful story of God’s redeeming love for sinful people. My prayer is that as you seek him through his Word in both Testaments, he would allow you to be captivated by him.