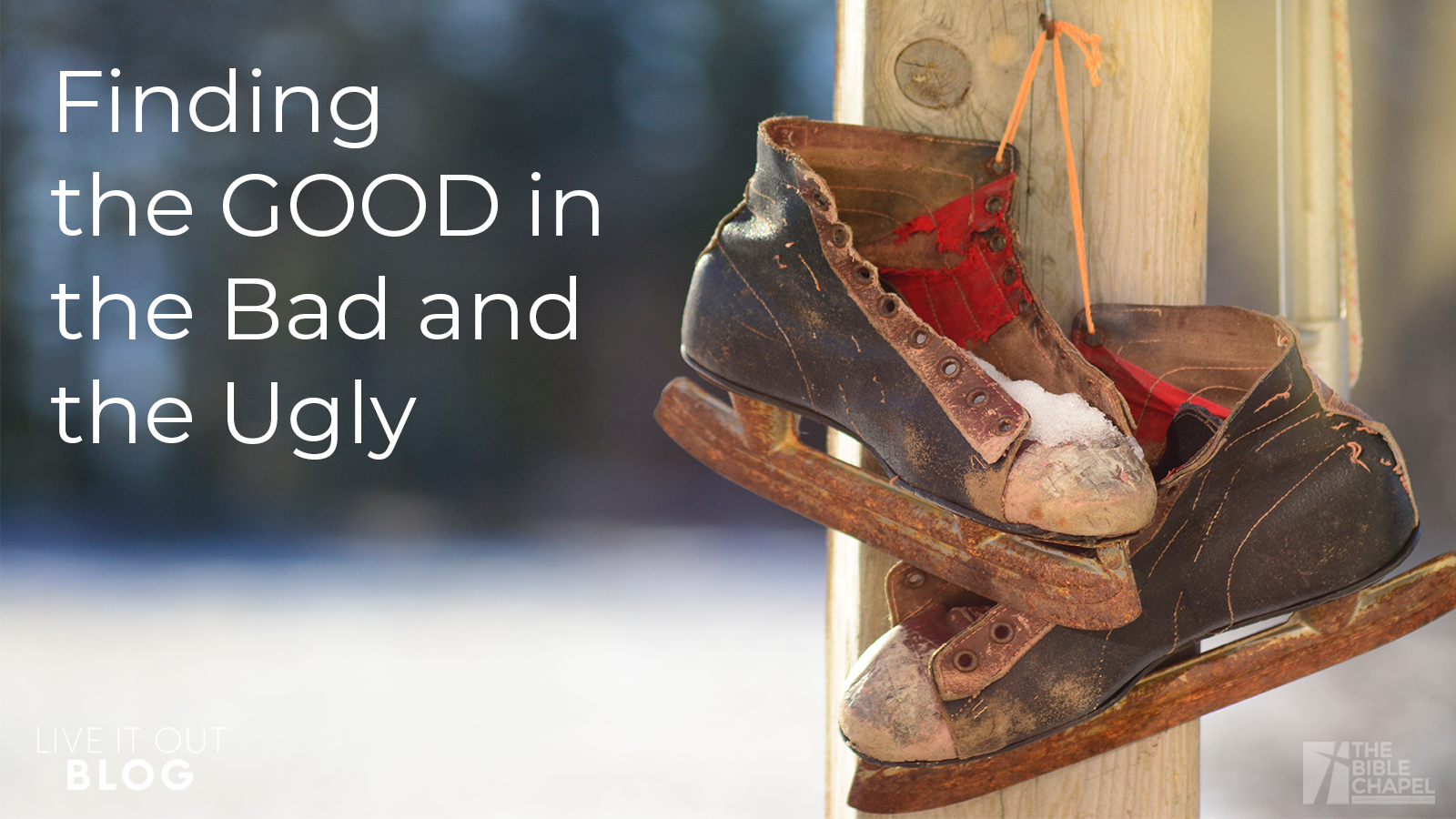 In my life, I’ve learned that relationships almost always come with a good side, but there’s also often a side that’s bad, or just plain ugly, as well. What are we supposed to do when we get into the thick of a relationship, only to realize that the person is less than perfect?

How do we respond when reality sets in, and the rough parts of a relationship start to show through?

The scene of the man on the stretcher, blood pouring from his head, purple helmet perched on his midsection, will forever be etched in my memory. He was fine in the end, by the way; nothing a few stitches and a concussion protocol wouldn’t remedy - but still, gushing is probably an accurate word. It’s the ugly.

The scene I’m describing was from one of the many summer inline hockey games that I played in as a kid. My dad grew up in Canada, so hockey was the sport of choice for my four brothers and me. On top of that, my sisters were allowed to marry only hockey players, and thankfully they complied. So, the bottom line is we were a hockey family and played together a lot, whether it was a Sunday afternoon game in the park a few miles from our house, a pick-up game at the local rink, a church team, or just pond hockey. There was so much good about playing together, but there was also some bad.

The guy in the purple helmet was a dirty player—skill level and dirty play are inversely proportional in hockey. About twenty minutes before the stretcher scene, I was in a race along the boards with purple helmet. I was the smallest of the brothers, but I was fast, and even as he tried to cut me off against the boards, I was beating him to the ball. To make up for it, he dove forward and planted the butt end of his stick at knee level against the boards right in front of me. As I said, he was a dirty player.

Well, that’s the bad. In hockey, dirty plays against brothers do not go unpunished. I think that’s in the Bible somewhere, maybe Hezekiah 6:3 or something. But anyway, a brother-in-law quickly found him in a corner, and purple helmet was laid low and bleeding all over the court. If I am honest, that was the second time the ambulance was called to one of our games. Playing hockey with your brothers was often a little too personal. We stood there and watched as he was loaded up, feeling embarrassed and a little ashamed of ourselves, but at a loss for what else could have been done.

In all honesty, the games weren’t always civil even when it was just the brothers playing together. Our own casual pond hockey games occasionally resulted in a trip to the emergency room. The truth of the matter is this: if you took out the unsavory parts of being brothers, you would lose the savory ones, too. You would lose the fierce loyalty, the thick-and-thin commitment, the genuine affection, and gentle love and encouragement. To love people is to experience and accept all of them, never justifying sinful behavior, but loving them in their imperfection. There will be bad and ugly things, but if you resent those, you will miss the good.

Every year, my brothers and brothers-in-law, now grown men, converge from all over the country for our annual Brothers’ Weekend. It’s a time when we reflect on how the fights, the rough play, the sticking together when things were hard, the encouragement and help we provided each other that molded us through our childhoods – all of it – makes an oak tree seem flimsy by comparison.

What relationships have you ignored because you saw things that were bad or ugly?

Where have you stepped back because you didn’t like what you saw? I’m not saying it’s always the case, but sometimes the most embarrassing scenes are exactly the ones where a friend’s love, affirmation, and acceptance are the most life-changing. After all,isn’t that what Jesus did? “…but God shows his love for us in that while we were still sinners, Christ died for us.” – Romans 5:8. So, choose to reach out. Love someone the way they are right now, and find the good in the bad and the ugly.