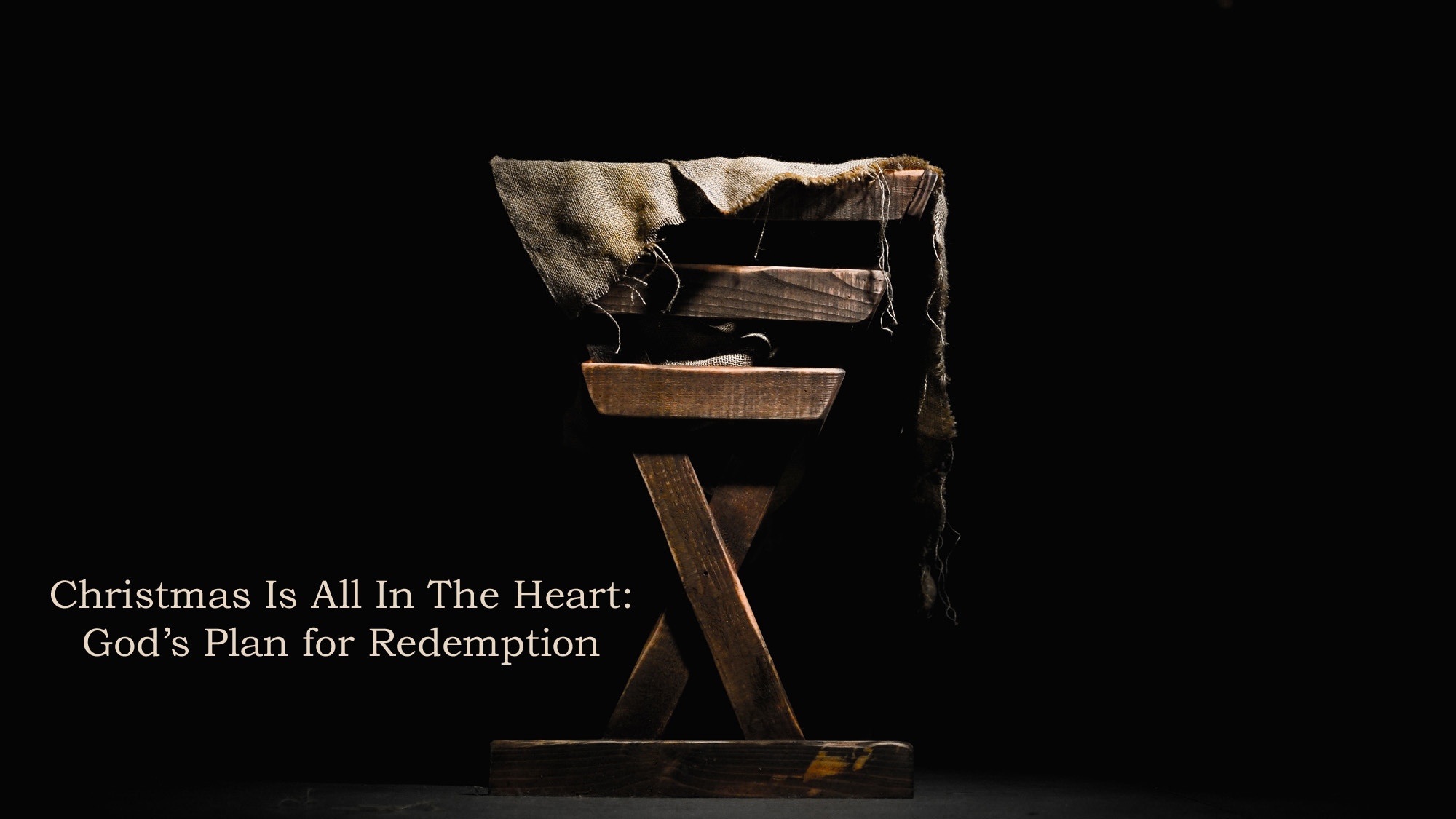 Christmas is all in the heart. It’s not about expensive gifts or long wish lists. It’s not about shopping malls that stay open until midnight, or paying for express mail service to make certain that packages arrive in time for relatives who live far away. Christmas may be cluttered with busy schedules and mile-long to-do lists, but that does not change this simple fact: Christmas is all in the heart.

Christmas did not begin in a smelly Bethlehem stable. It did not make the calendar only after a little baby named Jesus took his first gulps of air. Christmas began in eternity past — conceived in the heart of a Father desperately in love with his children. A Father whose heart was broken in a garden when those children disobeyed his only request and turned their backs on the one who had stooped low to breathe into them their first breath of life.

Christmas began in the longing heart of a Father whose children were estranged and would forever remain so unless he stooped low again. The Father's hatred for sin had caused him to place on it the stiffest sentence. Knowing the eternal separation sin would cause between him and his children, and knowing the hellish pain it would cause in life, the loving Father decreed that the penalty of sin would be death. And so the sentence stood, and still stands.

Christmas is all in the heart. The heart of a loving Father with an extreme plan. His penalty on sin would stand, but he would bend down to pay the penalty himself. As one has so eloquently written:

The God of power, as he did ride his majestic robe of glory resolved to save; and so one He did descend, undressing all the way.

The Creator…The God of time and eternity…The God of strength and power and majesty descended from heaven, undressing all the way to a virgin’s womb, and there he began the process of humanity to pay the penalty of sin himself. Christmas is all in the heart.

God demonstrated his love in this way: while we were still sinners with the sentence of death hanging over our heads, Jesus—God in the flesh—died in our place on the cross.

Christmas is all in the heart of the eternal God desperately in love with his estranged children and willing to provide the way for them to return home.

Christmas is all in the heart—is your heart ready and willing to return home?

The Bible is clear.

All have sinned and fall short of the holy standard of God.

The penalty of sin is death, but Jesus came. He died on the cross for you. You can trust in him as the only way to forgiveness and restoration with the eternal God.

Two women were having lunch in an elegant hotel. A mutual friend saw them and asked the occasion for the meal. One lady replied, “We are celebrating the first birthday of my baby boy.” “But where is he?” inquired the friend. “Oh,” said the mother—“you didn’t think I’d bring him, did you?”