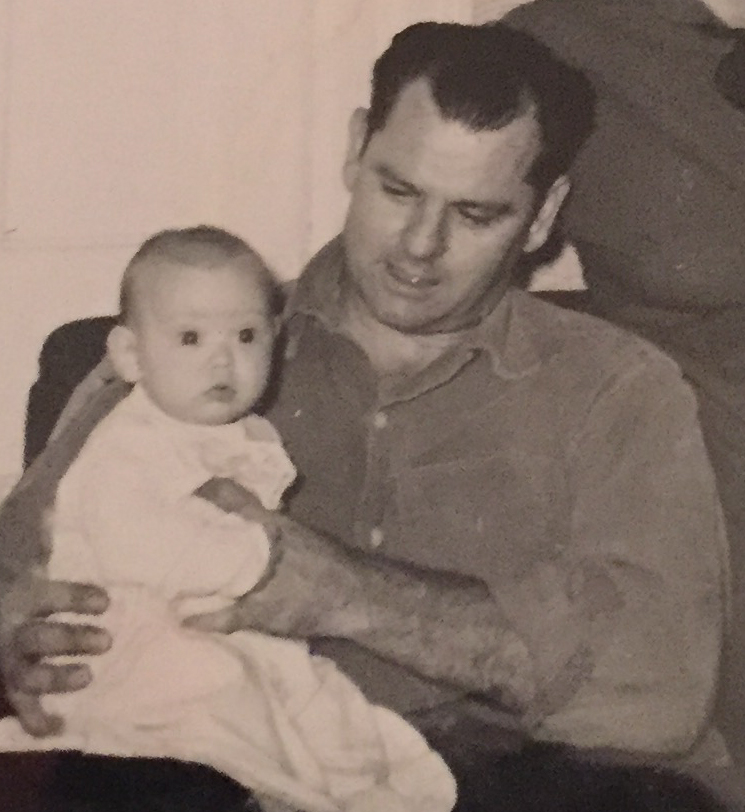 He was born in Elmira, New York. An unwanted child. His young mother put an ad in the newspaper. Anyone interested in a baby boy was to come to a certain place at a certain time. She would choose one of the interested couples to raise her child. In 1918, that was the way it worked…at least in this case.

The mother gave her son to a young couple named Earl and Rose. Who knows why she chose them? Something in their eyes? Their two-year-old daughter playing on the floor? She tearfully placed the baby in their arms and never saw him again.

It wasn’t long before the roar of the 20’s died down and the hard times hit. Earl was a master carpenter, but there wasn’t much to build. The couple moved from place to place to find work. A job here and a job there kept the family going. His young son worked by his side.

“Mobile” best described this family. The children—now three in number—would lose track of the schools they attended. But no one complained. Everyone contributed. Having food and shelter was the main concern. Then it was in the car again, going to another place where Earl could find work. A tough existence for a couple with three kids. But then life got tougher.

No one knew where or how the children contracted it. But typhoid fever hit and hit hard. The oldest daughter struggled for days; then the fever took her life. The son survived but the fever “settled” in his right leg. The leg would remain swollen for the rest of his life—a reminder of a lost sister and God’s grace in sparing him.

The family finally settled in a small town of 4,000 people. There the adopted son finished high school. There he married. There he and his bride had four children. But most importantly, it was in that little town where God adopted him into His eternal family. It was there he developed as a follower of Jesus Christ.

The young man who moved so many times in his life would move his family only once—to another small town about 50 miles away. And there a fifth and final child was added to the family. I entered the world at Perry Memorial Hospital on a hot summer day in 1957. And I have never known a day when I was not proud to claim that adopted boy from Elmira, New York as my father.

Based on the standards of the world my dad was not very successful. He never went to college. Never made much money. Chose not to buy a house. And never owned a new car.

But in the eyes of God, he was eternally wealthy.

My dad gave me a love for God’s Word. We read the Bible and prayed every evening together as a family. He instilled in me a love for the church. The church was a part of our lives. When the doors were open, we were there. He taught me how to be a Christian husband. Harsh words were seldom spoken between my mom and dad. And once when he felt my mom had been hurt by something he said, he called a family meeting to apologize to her in front of us. My dad taught me how to love my children. He was strict. His expectations were high. But, even when I failed and rebelled, I never doubted his love. My dad taught me how a man is to live for Christ. He was a man of few public words, but his actions spoke volumes. He had a reputation as a follower of Jesus.

Dad not only taught me how to live, but how to die. In March of 1977, he was diagnosed with terminal cancer. Those were difficult days. From March until August his body wasted away, but his faith never wavered. He remained in the Word. He remained in prayer. He remained in love with Christ until he passed from death to life and met the Savior face to face.

I learned from my dad that the most important thing about being a father is not holding certain positions and acquiring certain possessions. But to love my children in a way that they know I really love them and to teach them the love of the Heavenly Father…those are the things that are eternally significant. If I can be half the father to my children as my dad was to me…I too will be successful in the eyes of the One who matters most.

What a great and inspiring post. Not all of us can say those things about our earthly Father or ourselves but we can say them about our Heavenly Father. Thank you for sharing this message, for being a great example and a faithful leader. You have a gift for preaching, reaching the lost and writing about the good news of God's perfect love for us and I appreciate all that you do......I pray that you continue to fight the good fight so when you do see God face to face he will say; "well done, good and faithful servant". Happy Fathers Day..........

Thank you for sharing your story . The eternal significant things we do as Christians are what's most important . Thanks for pointing that out . Happy Father's Day ..

Great story Ron. Thanks for sharing.

Hardly remember my a Dad who died when I was very young. Thankful that God put me in His forever family and I now have a Heavenly Father.
Thanks much Ron for sharing this. Truly inspirational.

Thank you for sharing your heart, Ron. I was moved to tears. You learned all the right things from your dad. You're a wonderful dad!

Thank you for sharing your story. I have shared it with my daughter and son-in-law and children. We are so Blessed to have you as our Pastor at The Bible Chapel.

Ann, thanks for sharing the blog post with your daughter and son-in-law. And thanks for the encouragement. It is a privilege to serve at TBC.

Lisabeth—thanks so much for reading the post and for your encouragement. We pray that God continues to bless you guys in Charleston!!

Liz—so sorry you really never knew your dad. So thankful for the Heavenly Father who never leaves or forsakes us.

Thanks much, Andrew. You are so right about the eternal significant things. Those are the things that we dads should really focus on.

Thanks so much for your encouragement, Claude. Thankfully every believer has a perfect Heavenly Father!!