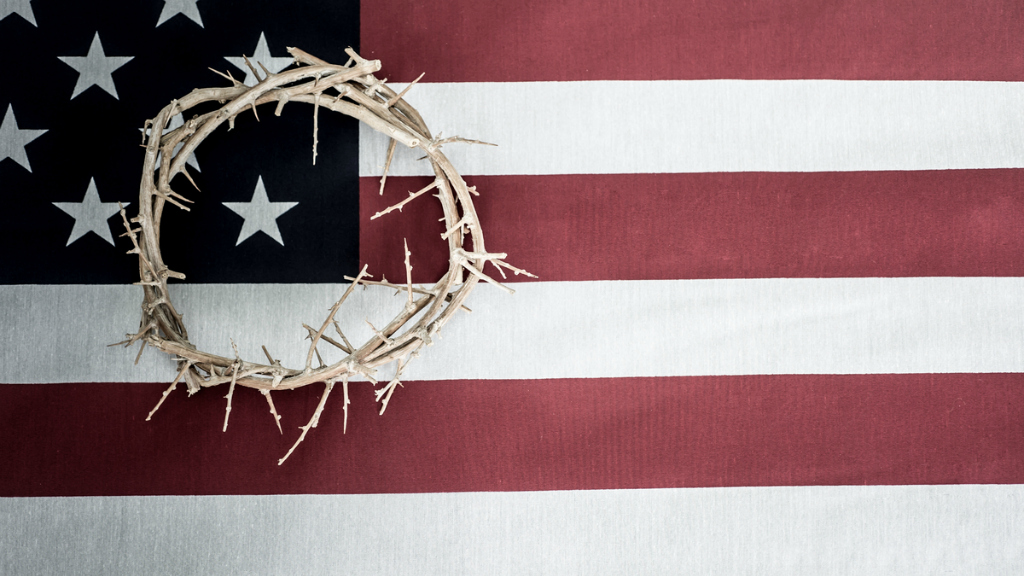 With a little more than a week before the presidential election, many Christians feel that Psalm 2:1-3 describes the path America is taking today:

Why do the nations conspire
and the peoples plot in vain?
The kings of the earth rise up
and the rulers band together
against the Lord and against his anointed, saying,
"Let us break their chains
and throw off their shackles."

To many of us, it appears that America’s moral decay is accelerating; that opposition to Christianity is increasing and becoming more brazen; and that we don’t have a presidential candidate morally worthy of the office. We're told that this election is more important than ever before, and it may be. Understandably, many Christians are in a quandary about what to do on November 8.

From a pastoral perspective, let me offer six things that we as Christians should keep in mind:

We've heard this many times, and we need to keep remembering it. Psalm 2:4-6 responds to the attempts of sin and rebellion to dethrone God:

The One enthroned in heaven laughs;
the Lord scoffs at them.
He rebukes them in his anger
and terrifies them in his wrath, saying,
"I have installed my king
on Zion, my holy mountain."

Ultimately all nations and forces will be subjugated to Christ as King.

God is not threatened by rebellion. He is not surprised and unprepared when evil encroaches on our lives and in nations. He is not anxious about the outcome of any world event. He has established Christ as King.  The proof of this is not in the circumstances of the world, but is in the lordship of Jesus in our lives and in our churches. Ultimately all nations and forces will be subjugated to Christ as King (Philippians 2:9-11; 1 Corinthians 15:24-28). In the meantime, God wants us to put our confidence and trust in him, not in horses, chariots, or elections (Psalm 20:7).

Adopting a global, historical Church perspective can lessen some of our anxiety. The Church has often been surrounded by great evil and has suffered intense persecution throughout its 2,000-year history. Even today there are countries where evil and persecution are much more rampant than they are in America.  We shouldn’t be surprised. 1 Peter 3:13-17 prepares us for the possibility of persecution, and encourages us to stand firm and to be able to explain the reason for our faith and hope.

3. As a Christian, your identity is first as a follower of Christ, second as an American.

We often blur these two realities into a single identity. If Jesus were here today he would not be a registered Republican, Democrat, or any other political party.

Are we able to distinguish Kingdom ideology and platforms from Republican or Democratic ideologies and platforms?

As Americans - not as Christians - we have the right and privilege to vote. In fact, as citizens we have the responsibility to participate and help determine who governs us and how we are governed. But this is not a moral obligation. Our moral obligation is to Christ and to God's purposes and values here on earth.  Occasionally this may lead someone to say they cannot vote in a particular election. That may not be okay to our friends but it is okay to God. We should be diligently examining the candidates and their platforms and asking God for guidance. Then vote according to your conscience. This too is your right and privilege as an American.

Regardless of our decision in the presidential election, we must remember that local elections are also important. These are closer to home and more directly affect our daily lives.

When there has been large-scale spiritual and moral transformation, it has usually begun at the grassroots level.

The world often overestimates the influence of top leaders. We assume that a godly president or senator will be able to influence downward to the masses. Spiritually speaking, this seldom happens. The history of the Church and spiritual revivals shows that God's approach is quite different. When there has been large-scale spiritual and moral transformation, it has usually begun at the grassroots level. Be sure to pay close attention to local elections and promote Kingdom values there.

6. Our current state of affairs is an outreach opportunity.

Matthew 24 leads us to understand that history and countries will be characterized by wars, rebellion, wickedness, and persecution. This will intensify as the time of Christ's return draws nearer. The Church is not encouraged to hunker down and seek safety. Rather, "And this gospel of the kingdom will be preached in the whole world as a testimony to all nations, and then the end will come" (Matthew 24:14). Our first responsibility as followers of Christ is to enact the Great Commission - to proclaim the Gospel to all (Matthew 28:18-20; John 17:18; Acts 1:8). We don't need to be concerned about the survival of the Church. Christ guarantees that until he returns. What we do need to be concerned about is how we as followers of Christ can most effectively present Christ and his kingdom in today's world.

With these six truths in mind, we as Christians must not despair, even in all of today's craziness. God is in control. He wants us to put our trust in that. What does that look like? Well, the Apostle Paul sets the pace for us. Sitting in jail and facing the prospect of death for his faith, Paul wrestled with whether it would be best to die and be with Christ or remain and continue to fulfill the Great Commission. He said, "To live is Christ and to die is gain" (Philippians 1:21).

With this statement, Paul is telling us that he wanted to go and be with Christ, which he concluded was "better by far" (verse 23). He is also telling us that Christ was his life. Ultimately he decided that for the time being, he would rather remain for the sake of the Gospel and for those to whom he ministered. "I will continue with all of you for your progress and joy in the faith," Paul says in verse 25.

Joy in the faith. This is what we can expect when we place our trust in Jesus Christ, no matter who America's next president is. I will be praying for us as Christians and as citizens as we make our choices on November 8. If you would like to pray as well, all of The Bible Chapel's campuses will be open on Election Day so you can do just that. May God bless you as you decide.

Very good read, pastor Moore. God is in control. I have been having a hard time staying focused in the craziness of the world today. Thanks.